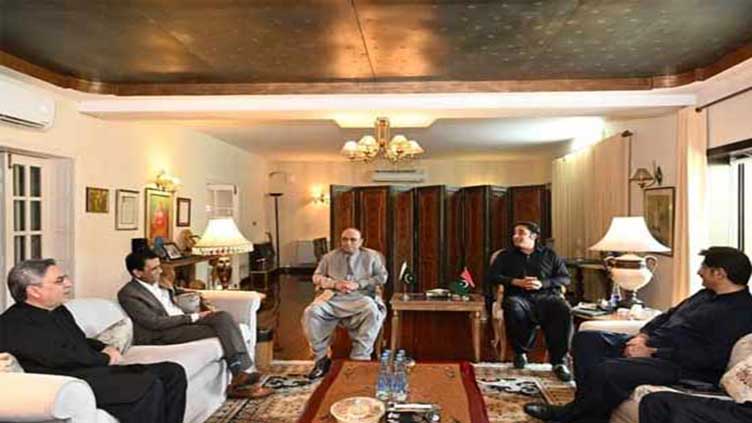 The final announcement will be made when the draft of the written agreement is finalized, says MQM.

According to MQM sources, no final decision has been taken regarding vote on the no-confidence motion.The final announcement will be made when the draft of the written agreement is finalized.

The MQM delegation also attended a luncheon hosted by Asif Ali Zardari and Chairman Bilawal Bhutto Zardari. The political situation in the country was discussed.

Later, in a statement the MQM leader Amir Khan said that no final decision has been taken yet, we are in no hurry and will not make a decision emotionally.

He further expressed that whatever decision is taken will be brought forward in consultation with the Coordinating Committee.

Amir Khan said that MQM has not decided what role to play in the no-confidence motion and the consultation is going on, adding that whatever decision is taken, we will inform the media.

Talking about the meeting with PPP leadership Amir Khan stated that in today’s meeting both sides expressed good views but nothing has been finalized yet.

The MQM leader mentioned that meetings of the committees are already underway.