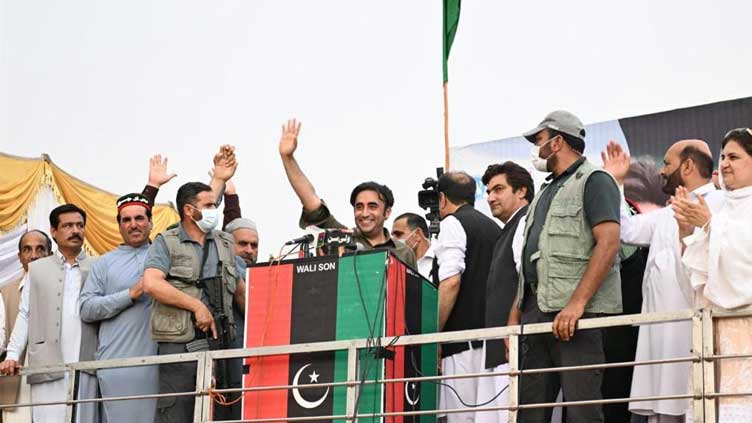 We think our prime minister is an animal, Bilawal said.

During an address to a public rally in Malakand, Bilawal said that Imran Khan lost majority in the Parliament and his government had ended.

He also blamed Premier Imran Khan for orchestrating attack on the Parliament Lodges and the Sindh House, adding that hurling abuses at others was the sign of a defeated person.

“Teach your children Urdu first before advising us to learn Urdu,” Bilawal said to Premier Imran Khan and remarked that Imran Khan had ‘finished all the shoe polish’.

Bilawal also highlighted the steps taken by the PPP for the development of Malakand and said that Zulfiqar Ali Bhutto had established a tax-free zone there.

“We have been serving the people for three generations,” asserted Bilawal and said that the mission of Shaheed Benazir Bhutto was to provide electricity and gas in every house.

He also stated that former president Asif Ali Zardari saved the people of Malakand from terrorism.

The PPP chairman also vowed to fight the finger of the umpire with the power of thumb, and stating that he would never knock at the ‘Gate No. 4’.

“Imran Khan wants National Accountability Bureau (NAB) and judiciary to work as Tiger Force. People want to know whom he had called animal. We think our prime minister is an animal,” Bilawal said.

“The Transparency International has also confirmed that the tenure of this government is the most corrupt one,” he added.