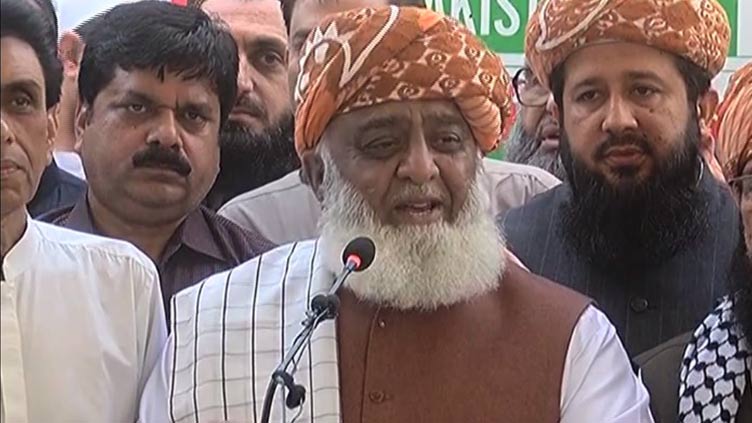 No-trust move has been submitted in the assembly: PDM Head

Talking to media persons along with Khalid Maqbool Siddiqui after visiting of MQM-P’s Bahadurabad office, Fazlur Rehman said that opposition has complete understanding with MQM-P; however, the latter will take one more day to announce its decision regarding no confidence motion against Prime Minister Imran Khan.

He further said that no-trust move has been submitted in the assembly and he is fully satisfied with the response he received from his hosts. The opposition’s leader was also certain of motion’s success.

On the occasion, Khalid Maqbool Siddiqui said that MQM-P respects JUI-F head and his presence and guidance has provided them with courage.

Khalid Maqbool Siddiqui and other members of the Rabta committee welcomed the opposition leader upon his arrival at Bhadurabad office.

Matters relating to evolving political situation as well as no-confidence motion will be discussed.

On the other hand, a joint opposition delegation also called on MQM-P leaders in Islamabad on Monday night.

According to sources, the meeting between the opposition delegation and MQM-P leaders Amir Khan, Waseem Akhtar and Amin-ul-Haq was held in the Parliament Lodges.