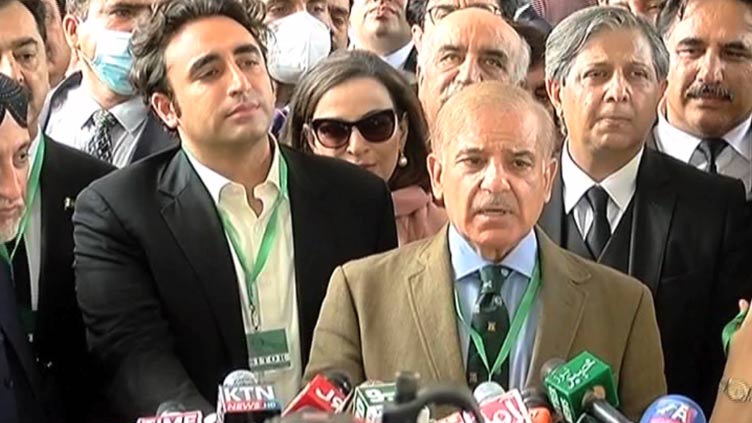 ISLAMABAD (Dunya News) – President of Pakistan Muslim League-Nawaz (PML-N) Mian Shehbaz Sharif on Monday said that Speaker of National Assembly Asad Qaiser violated constitution by not summoning session of the lower house of the parliament within 14 days of submission of requisition.

Speaking to media persons along with Bilawal Bhutto Zardari and Akhtar Mengal, the PML-N President hoped that government will stand by the statement of its Attorney General which he made in the Supreme Court of Pakistan.

Opposition Leader of National Assembly further said that PDM postponed its planned long march because of OIC meeting as the participants of the meeting are their brothers.

PPP Chairman clarified that the petition was not filed by the opposition parties but instead the apex court was approached by the Supreme Court Bar Association (SCBA).

It merits mention that leadership of opposition parties appeared before Supreme Court of Pakistan on SCBA petition against rallies by political parties ahead of the no-trust vote against Prime Minister Imran Khan in the National Assembly.

During the hearing, Chief Justice remarked that no lawmaker should be barred from exercising his constitutional right to vote.

CJP; however, said that the court is not convinced that it should interfere in proceeding of the assembly.