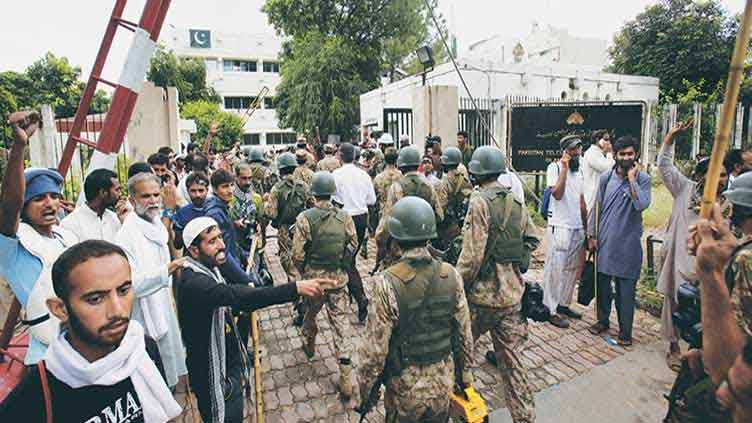 The acquittal petition which was filed by 11 accused

ISLAMABAD (Dunya News) - Anti-Terrorism Court (ATC) on Tuesday acquitted President Arif Alvi and other accused in connection with a case pertaining to attack on the Parliament and Pakistan Television Corporation (PTV).

The acquittal petition which was filed by 11 accused stated that they were booked in this case under the Anti-Terrorism Act (ATA), 1997 for registering protest against the previous regime.

They stated that opposition parties are now conducting same anti-government protests but the government has not registered FIRs against them.

It merits mention that the alleged attack resulted in the deaths of three participants of the sit-in while hundreds, including demonstrators and police officials were also wounded.

Following this, police had invoked the Anti-Terrorism Act against the responsible people.