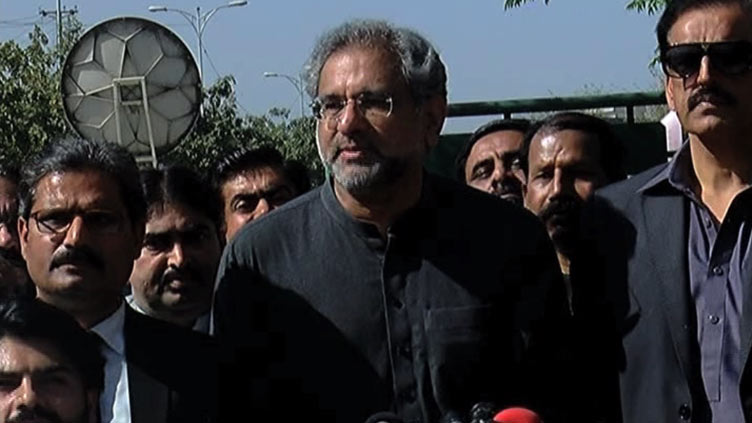 Talking to media persons, former prime minister Shahid Khaqan Abbasi said that opposition lawmakers are being pressurized through biased accountability drive as notices are being sent to them by National Accountability Bureau (NAB).

The PML-N leader said Imran Khan is using foul language and PTI instead of taking matters to the parliament has decided to take the matter to streets.

On the other hand, Pakistan Peoples Party (PPP) leader Senator Sherry Rehman on Tuesday said that holding a public rally at D-Chowk on the day of no-confidence motion against Prime Minister Imran Khan is illegal and unconstitutional.

Sherry Rehman, in a tweet, said that rally as well as government’s plans to encircle lawmakers are illegal. She, while saying that government is putting country on track to unrest, added that government will be responsible if clashes erupt between workers of political parties.

The PPP leader said that if PTI has required numbers it should challenge the no-confidence motion in the parliament as the decision to send Imran Khan packing will be taken in the National Assembly instead of D-Chowk.

Politics of PTI started at D-Chowk and will also end at the same place, he claimed.