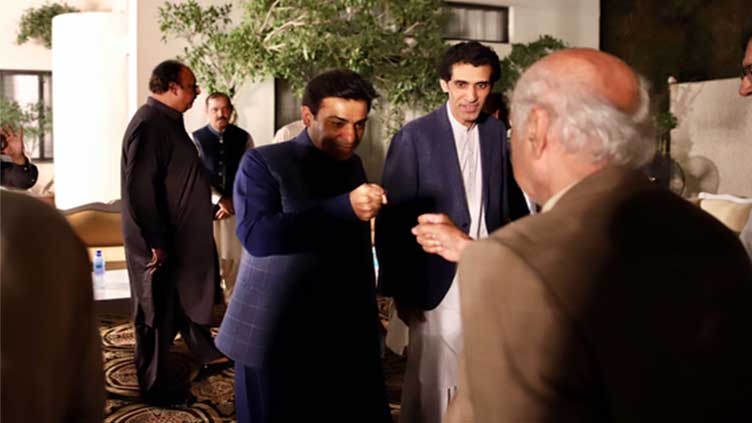 According to a joint stated issued at the end of the meeting, opposition leader in Punjab Assembly Hamza Shahbaz along with his delegation reached the residence of Jahangir Khan Tareen. The delegation included Sardar Owais Leghari, Ataullah Tarar, Khawaja Salman Rafique and Zeeshan Rafique were also present.

It was also agreed in the meeting to oust Usman Buzdar as Punjab Chief Minister. While expressing concern over inflation, unemployment and growing corruption, the performance of the Chief Minister was criticized.

As the political temperature in the country rise after opposition submitted its no-confidence motion, ruling Pakistan Tehreek-e-Insaf’s (PTI) Jahangir Tareen group has said that they were mentally ready to secede from the government.

According to the inside story of PML-N leader and opposition leader in Punjab Assembly Hamza Shahbaz s meeting with Tareen group, matters pertaining to ongoing political situation in the country and the future came under discussion, while the Tareen group joined hands with the PML-N.

The Tareen group demanded the PML-N leader to assure party tickets for the next election, while the details of the meeting would also be shared with Jahangir Khan Tareen and group would accept whatever would be decide.

Talking to Hamza Shehbaz, Tarin Group said, “We are with you on minus Buzdar and cooperation should be long term, adding that it has become difficult for the members of the government to go to their constituencies due to public issues.”

The leader of the opposition in the Punjab Assembly said that he would put their demands before the leadership and would make better decisions regarding the province.

Earlier, the PML-N leadership had contacted the Tareen group and reached their house to meet the members of the Tareen group. Aun Chaudhry had also confirmed the contact with Hamza Shahbaz.