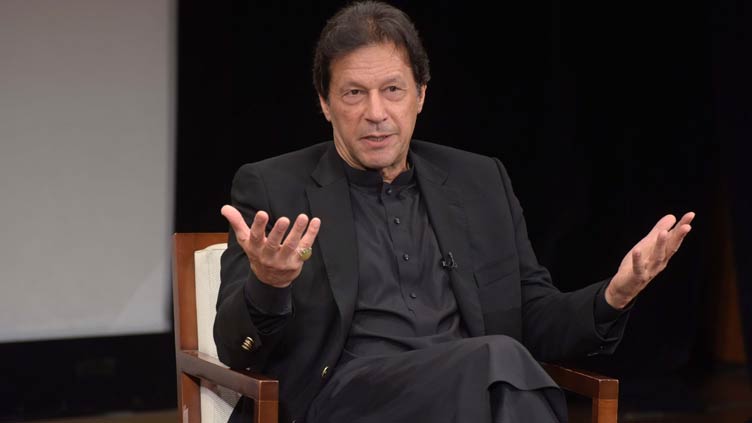 PM Imran said the government is not going anywhere

ISLAMABAD (Dunya News) – Prime Minister Imran Khan said on Monday that the government is going nowhere and the no-confidence motion and conspiracy against Pakistan will fail.

According to sources, PM Imran said that the issues related to the allies will be looked at with mutual understanding, adding that neither the government is going anywhere nor the allies.

“Not even the no-confidence motion but the conspiracy against Pakistan will be foiled,” he added.

On the other hand, Federal Minister for Planning Asad Umar and PTI leader Amir Kayani have been given the responsibility of holding a meeting of Pakistan Tehreek-e-Insaf (PTI) at D-Chowk, Islamabad.

Earlier, Pakistan Tehreek-e-Insaf (PTI) Core Committee had given powers to Prime Minister Imran Khan to make final decisions amid current political situation of the country. The committee decided to continue aggressive policy and public contact campaign across the country.

PTI, while being hopeful that coalition partners will not side with opposition parties, had tasked ministers to address reservations of government allies.

The meeting was told that government was in no hurry to summon session of the National Assembly and PTI has support of enough members to thwart opposition’s no-confidence motion; however, the opposition parties are offering bribes to party lawmakers.

On the occasion, Prime Minister Imran Khan said that opposition was in a hurry because cases against its leadership are nearing logical end.

Meanwhile, sources said that government has decided to summon NA session after the Organization of Islamic Cooperation (OIC) meeting.