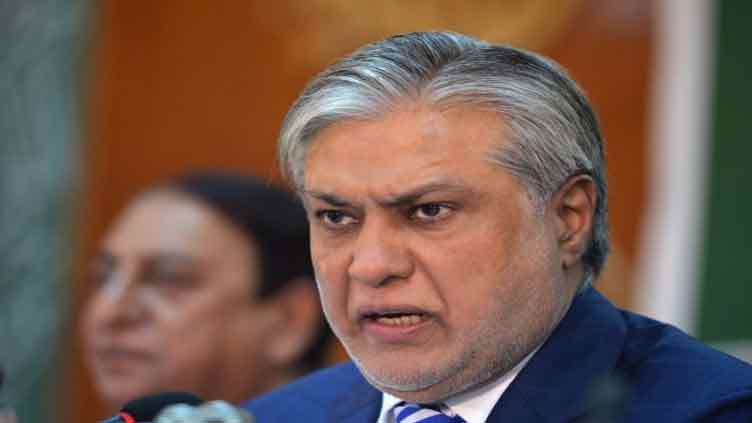 According to details, the National Accountability Bureau (NAB) has sent a letter to DC Lahore for immediate sale of Ishaq Dar s expensive bungalow.

As per the media reports, NAB Lahore has issued a letter to DC Lahore for immediate sale of the bungalow of PML-N leader and former finance minister Ishaq Dar located in Gulberg. The value is estimated at 250 million.

NAB says that this will be the second major recovery against the accused Ishaq Dar of NAB Lahore in the case of assets in excess of income.

Earlier, NAB Lahore has recovered Rs 50 crore from Ishaq Dar s account and deposited it in the national treasury.

The plea of former finance minister and Pakistan Muslim League-Nawaz (PML-N) leader Ishaq Dar to take virtual oath as member of the upper house of the Parliament of Pakistan has been declared unconstitutional.

The plea was declared unconstitutional by Senate Chairman Sadiq Sanjrani and letter was also written to the PML-N leader in this regard.

The letter, written by Sadiq Sanjarani, cites Articles 65 and 255 of the Constitution.

The letter stated that your (former finance minister’s) request to take virtual oath has been rejected under articles of the constitution.

Earlier, Dar had written a letter to Senate Chairman, stating that he was ready to take a virtual oath as member of the upper house of the Parliament of Pakistan at earliest.

Ishaq Dar, in his letter, mentioned that he was elected as Senator on a Technocrat seat of the Senate in the elections held on March 3, 2018.

"My election to the Senate was notified by the Election Commission of Pakistan (ECP) on March 09, 2018 in terms of Section 124 of the Elections Act, 2017, he added.