Pakistan has a chance to make history by eradicating polio: Bill Gates 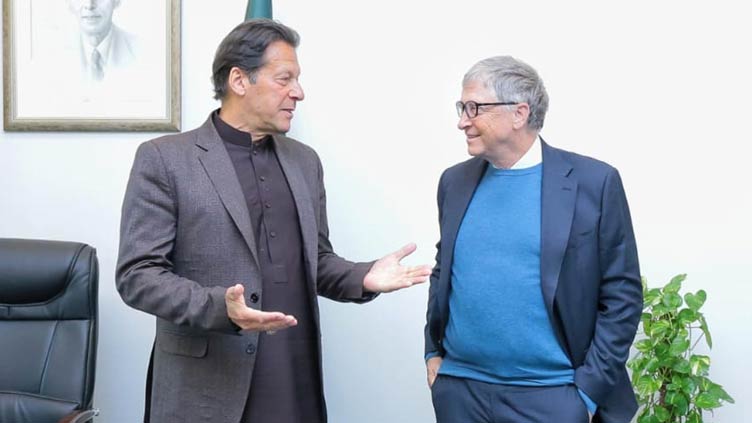 Pakistan has a chance to make history by eradicating polio: Bill Gates

Pakistan has a chance to make history by eradicating polio

ISLAMABAD (Dunya News) – Bill Gates, founder of Bill & Melinda Gates Foundation, who visited Pakistan at the request of Prime Minister Imran Khan, has said that Pakistan has a chance to make history by eradicating polio.

According to a declaration issued on Thursday, Bill Gates attended a meeting of the National Task Force on Polio Eradication.

Speaking on the occasion, PM Imran Khan appreciated the support of Bill & Melinda Gates Foundation for Pakistan and said that the government is fully committed to eradicate polio from the country. 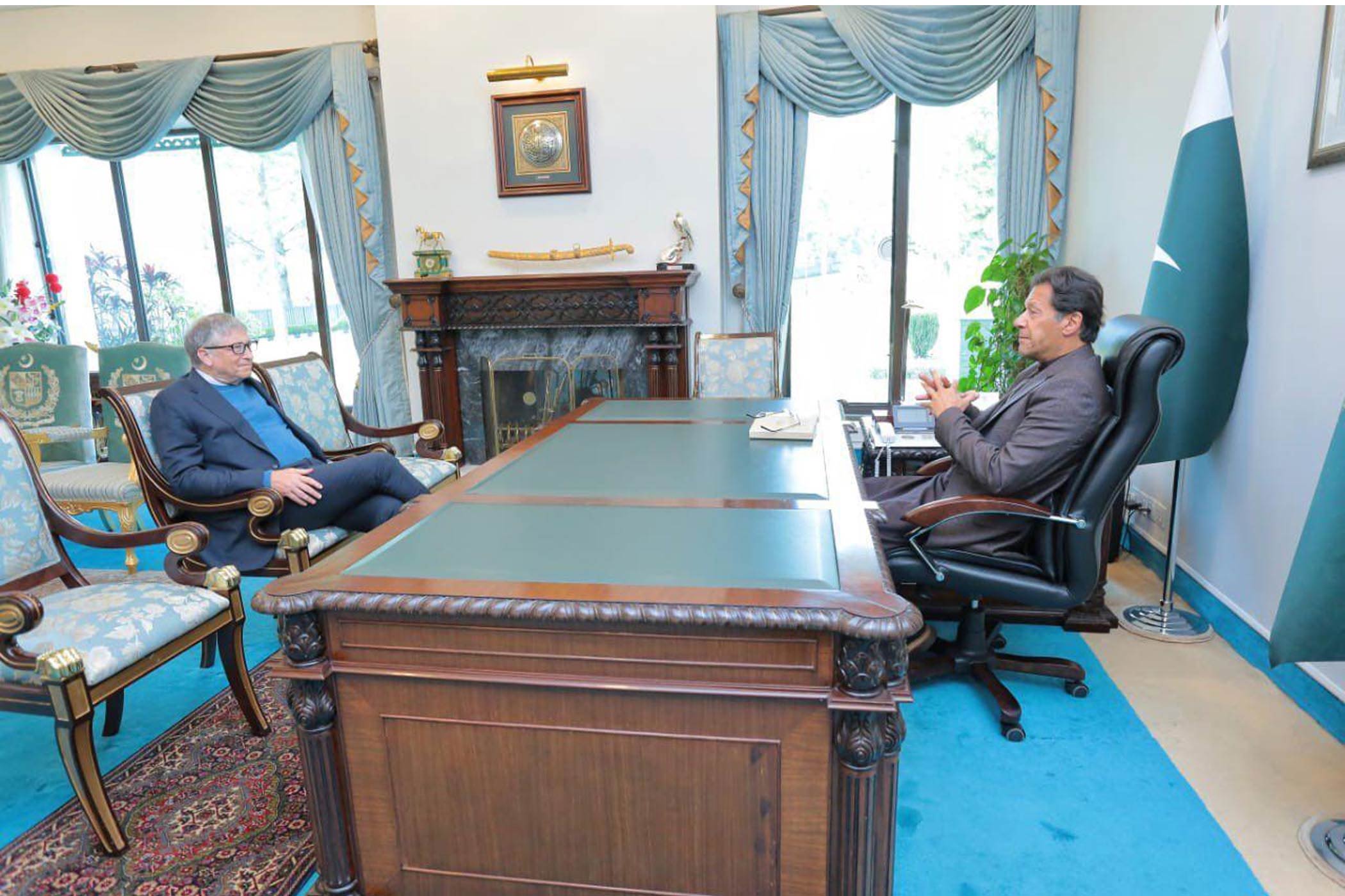 The prime minister further said that the world must help the 40 million Afghans who are suffering from humanitarian crisis, adding that the southern districts of KP should remain active in the fight against polio, while Pakistan s anti-Coronavirus measures are astonishing.

According to the statement, Bill Gates said in a meeting with the Prime Minister that Pakistan has an opportunity to make history by eradicating polio.

He said that Pakistan s steps and commitment to eradicate polio are impressive and we are nearing the end of the fight against polio.

On the other hand, PM Imran Khan also hosted a luncheon in honour of Bill Gates. 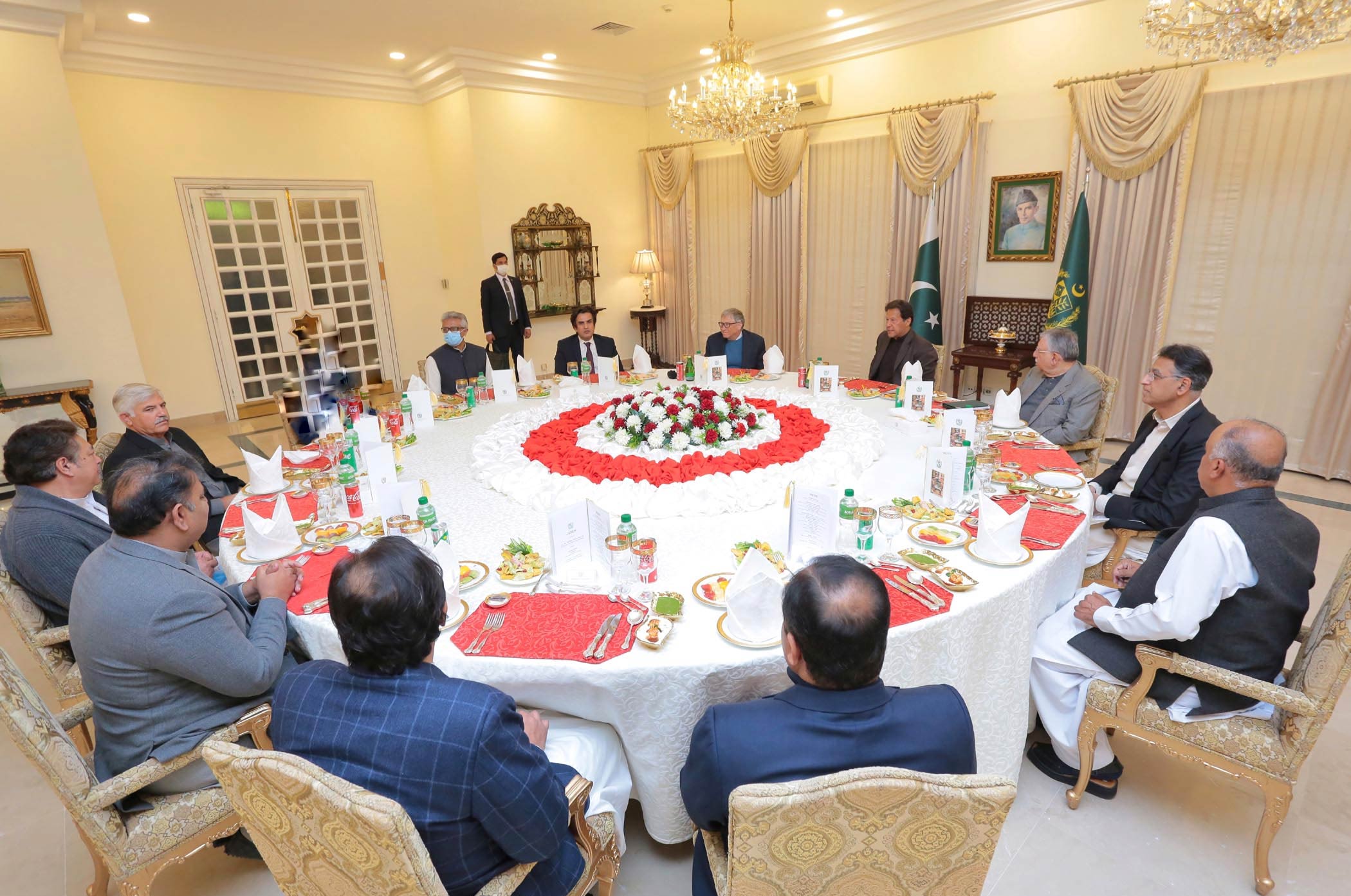 President Dr Arif Alvi also conferred Hilal-e-Pakistan on American technologist and philanthropist Bill Gates in recognition of his meritorious services to the people of Pakistan, particularly for the eradication of polio. 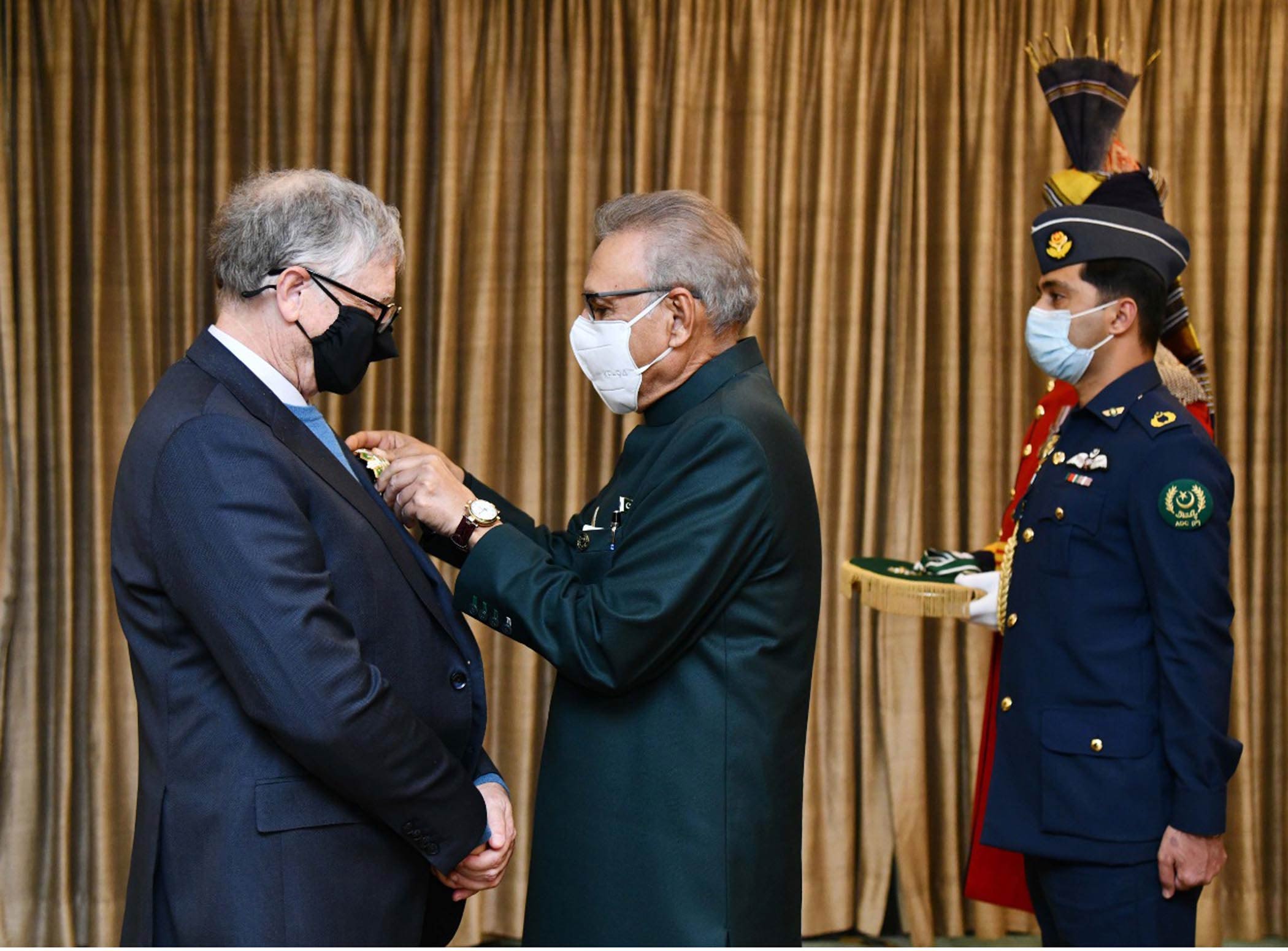 The award was given at a special investiture ceremony held at the Aiwan-e-Sadr, attended by Begum Samina Alvi, federal ministers and senior officials.

Born in 1955 in Seattle Washington, Bill Gates is a co-founder of Microsoft Corporation, the world’s largest personal-computer software company. 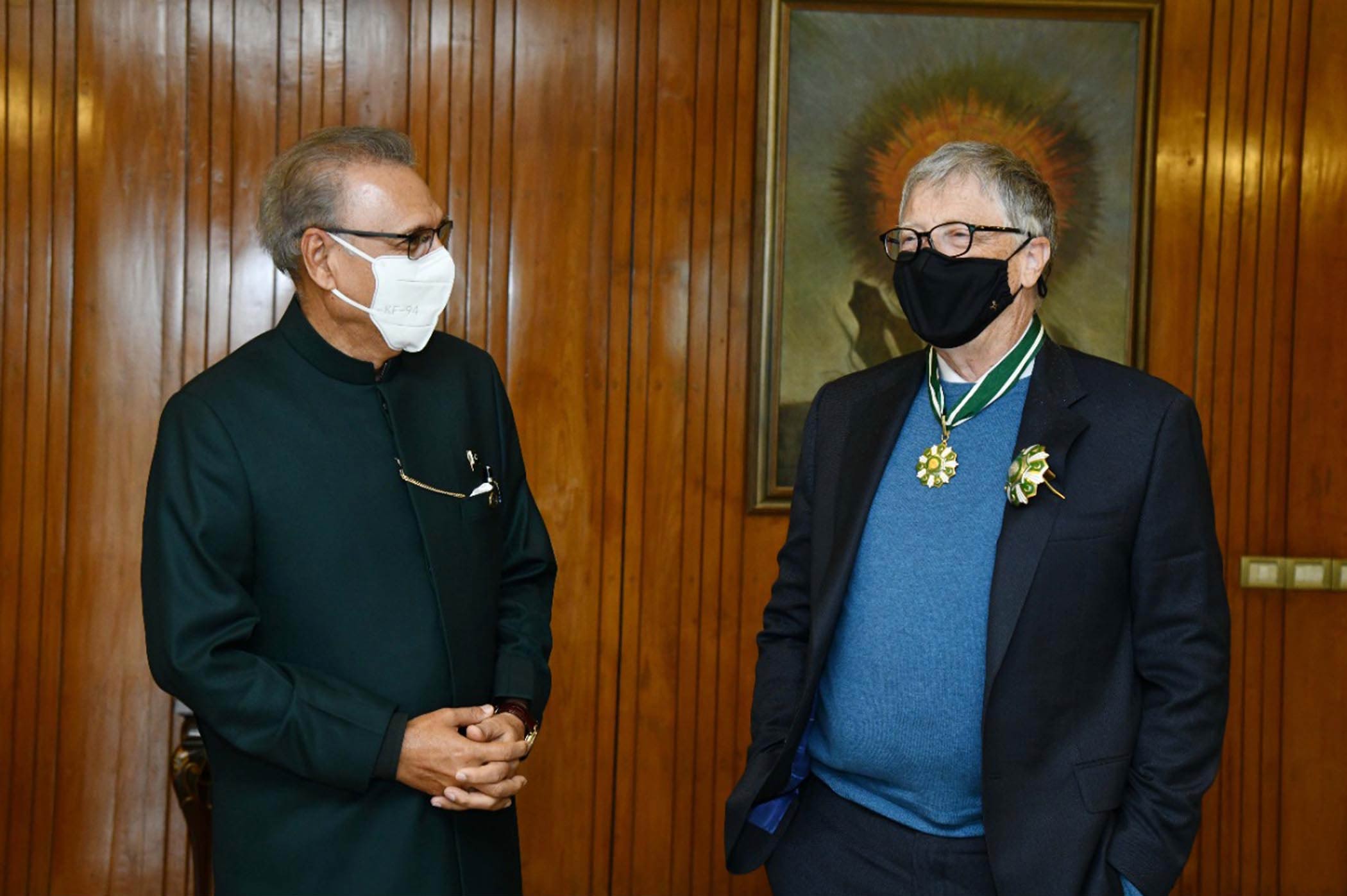 The Foundation is playing a critical role for the elimination of polio in Pakistan as well as supporting the financial system through various interventions.

Earlier in a meeting, the National Task Force on Polio Eradication paid tributes to the 36 frontline workers and 14 law enforcement personnel who lost their lives during polio vaccination to the children across Pakistan.

On the other hand, the Task Force was briefed that Pakistan has completed one year of zero polio incidence. However, the virus has been detected in environmental samples in southern districts of Khyber Pakhtunkhwa and Balochistan province.

The meeting was apprised that national level Polio vaccination campaigns have been launched in December last year and January this year with the integration of routine immunizations for children. There is effective coordination among Federal and Provincial Governments with support from Law enforcements agencies for provision of security in risk areas. 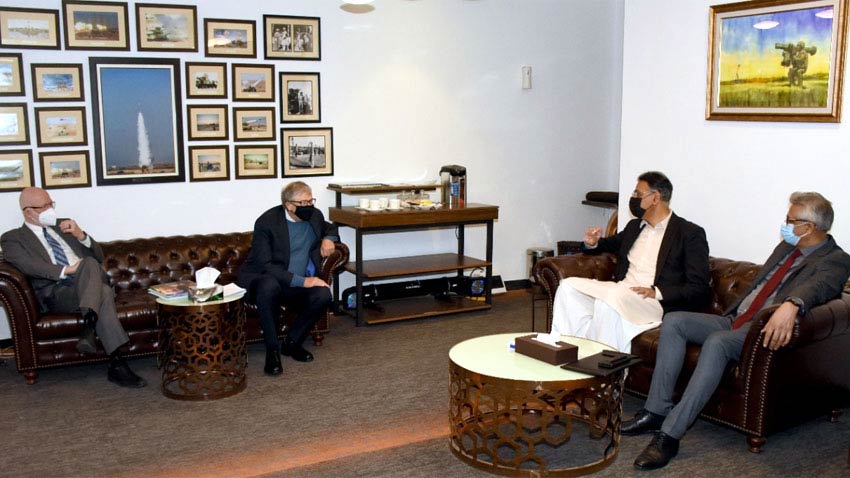 Speaking on the occasion, the Co-Chair of the Bill and Melinda Gates Foundation Bill Gates appreciated Pakistan s success against COVID-19 despite resource constraints.

He also commended the excellent initiatives and measures taken for public health safety.

Asad Umar attributed the success to a true national response, executed through an effective communication campaign mechanism of the NCOC, which helped build trust of masses on national COVID response and positive behavioural change to follow Covid protocols as outlined by NCOC.

During the visit to NCOC, Bill Gates and his delegation were apprised about the NCOC role and methodology, achievements since start of pandemic, recent COVID-19 situation across Pakistan and various measures taken by NCOC to control disease spread and ensure public safety and well-being.

A comprehensive review of Pakistan s efforts against COVID-19 was presented to the visiting delegation.

Asad Umar acknowledged efforts of Bill Gates and his foundation to support COVID-19 initiatives in Pakistan.