PTI to table resolution in NA against Shehbaz Sharif 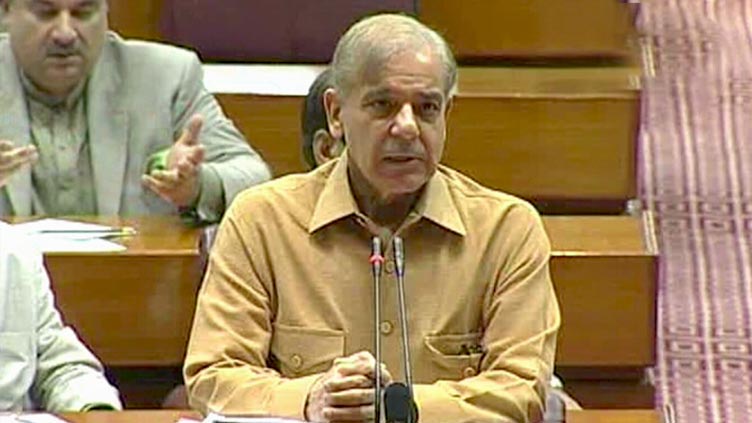 PTI to table resolution in NA against Shehbaz Sharif

LAHORE (Dunya News) – Pakistan Tehreek-e-Insaf (PTI) on Friday decided to take strict actions against Pakistan Muslim League-Nawaz (PML-N) President and Opposition Leader in National Assembly (NA) Shehbaz Sharif by denying him access to speak in the National Assembly until the court gives a decision on his case.

Sources told that PTI state minister for Information & Broadcasting, Farrukh Habib will present the resolution in the National Assembly (NA) in this regard.

The resolution will appeal that the opposition leader shall not be permitted to speak in the assembly until a decision comes on his case and the case hearings should be shown live to the nation.

On the other hand, Minister for Information and Broadcasting Chaudhry Fawad Hussain said that after a long investigation, finally, Shehbaz Sharif, Hamza Shehbaz and other accused will be charged in the money laundering case and regular trial will start.

Congratulating the nation in a tweet, he said that the investigation uncovered astonishing details of 14,000 banking transactions.

Maqsood was a peon in Shehbaz Sharif’s factory and his salary was Rs 25,000 only, Chaudhry Fawad said.

The minister said that an account was opened in his (Maqsood’s) name and Rs 4 billion reached the accounts of Sharif family through his account.

He said dozens of other such interesting and bizarre frauds were part of Shehbaz Sharif’s case. The minister said the case should be shown live.

During the hearing, Shehbaz Sharif said that the government failed to carry out proper investigation into the matter despite passage of one and a half year. There is no proof available regarding transaction record against me. All the departments held their inquiries but found nothing, he added.

Shehbaz Sharif further told that the evidence submitted in the court are the same presented in the London court.