Those who chanted accountability slogans have ruined economy: Hamza Shahbaz 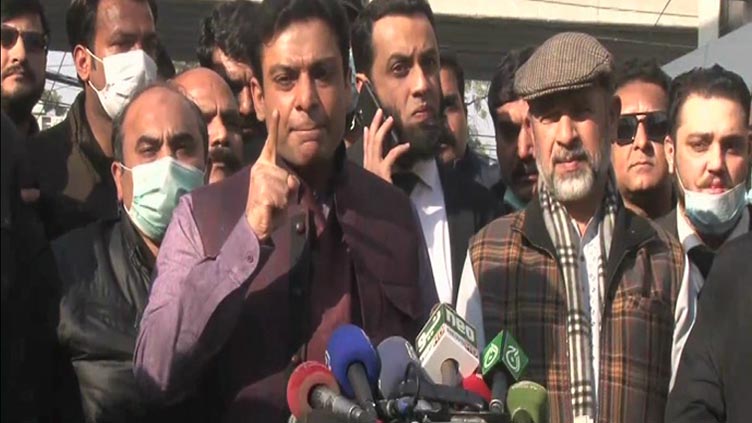 Those who chanted accountability slogans have ruined economy: Hamza Shahbaz

LAHORE (Dunya News) – Pakistan Muslim League-Nawaz (PML-N) leader Hamza Shahbaz on Thursday said that those who chanted slogans of accountability have ruined the economy of the country.

While talking to media persons in Lahore, the opposition leader in Punjab Assembly said that we are all set to bring no-confidence motion against the ruling party although it will be decided by the Pakistan Democratic Movement (PDM) whether to start from federal or provincial government.

Hamza Shahbaz said that the corruption index in the past four years has risen by 16 points and when Prime Minister (PM) Imran was questioned about this, he knew nothing. The PM only knows and says what comes in front of him on a chit, he continued to say.

He further said that Imran Khan’s government had lied about five million homes and ten million jobs when in reality, they have bound a nuclear state according to the terms set out by International Monetary Fund (IMF).

The opposition leader continued to say that in the past politicians were in contact with each other whereas Imran Khan has ruined it by setting a new tradition that he will not consult with other . No party can face the country’s challenges alone, he added.

Hamza Shahbaz further said that the Britain’s court gave a clean chit to Shehbaz Sharif after blocking his accounts for 22 months.

PML-N leader said that terrorists activities have started again in the country and our security forces laid down their lives and controlled terrorism.