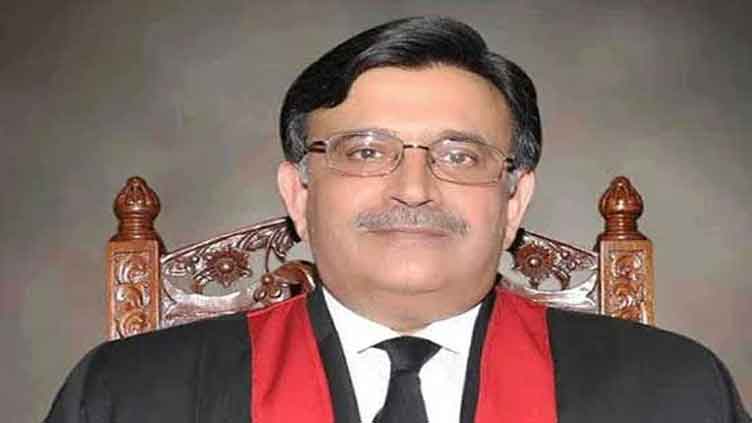 While addressing on the occasion, Justice Umar Ata Bandial mentioned that the country must criticise the decisions not the authors. He added that bar and the bench have a beautiful relationship, we all have a common goal to deliver justice, the delivery of justice has the status of worship.

He further added that the number of pending cases has increased and we will expedite the process of deal with the cases while the decisions of the cases will be done after hearing both the parties.

Justice Umar Ata Bandial was born on Sep 17,1958 in Lahore. He received his elementary and secondary education at different schools in Kohat, Rawalpindi, Peshawar and Lahore. He secured his B.A. (Economics) degree from Columbia University, USA followed by a Law Tripos degree from Cambridge University, UK and qualified as Barrister-at-Law from Lincoln’s Inn, London.

In 1983, he was enrolled as an Advocate of the Lahore High Court and some years later, as an Advocate of the Supreme Court of Pakistan. In his law practice at Lahore Justice Umar Ata Bandial dealt mostly with commercial, banking, tax and property matters. After 1993 until his elevation, Justice Umar Ata Bandial also handled international commercial disputes.

He appeared in arbitration matters before the Supreme Court of Pakistan and also before international arbitral tribunals in London and Paris.

During his career as Judge of the Lahore High Court and the Supreme Court of Pakistan, Justice Umar Ata Bandial has rendered judgments on a number of important public law and private law issues. These include pronouncements on civil and commercial disputes, Constitutional rights and public interest matters.

He taught Contract Law and Torts Law at the Punjab University Law College, Lahore until 1987 and remained a member of its Graduate Studies Committee while serving as Judge Lahore High Court.