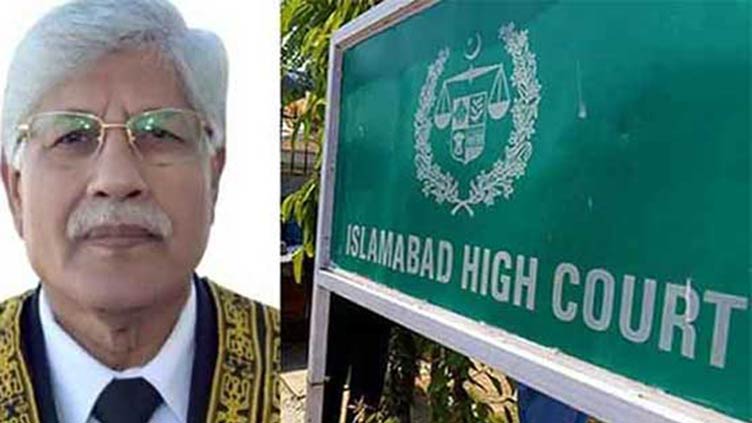 IHC Chief Justice Athar Minallah, while reading out the charge sheet, deferred indictment proceedings against the journalists and rejected the petition to separate Attorney General from the case. Rana Shamim appealed the court to order indiscriminate inquiry into his affidavit over which, the court remarked that serious allegations were leveled in the document.

You tell us if anyone is facing any problem with this court, Athar Minallah asked the former CJ, adding that this court believes in open accountability.

Earlier in the day, IHC Chief Justice Athar Minallah directed Rana Shamim to come to the rostrum over which, the ex-judge said that he had filed two new petitions. In response, the IHC CJ told, “We will first indict you then hear your pleas. The court had already given the orders to indict you [Rana Shamim] today."

The former GB CJ told that his lawyers were on their way to the court over which, the IHC adjourned the hearing for a short time period.

Meanwhile, the court rejected the appeals to stop character assassination of Rana Shamim and disqualify Pakistan Tehreek-e-Insaf (PTI) leaders. The IHC also turned down the intra-court pleas of Rana Shamim’s daughter-in-law and grandchildren.

Previously, IHC had received the original affidavit of Chief Judge Rana Shamim and deferred the decision of indicting him. The high court had also termed replies of all the parties including Rana Shamim as unsatisfactory.