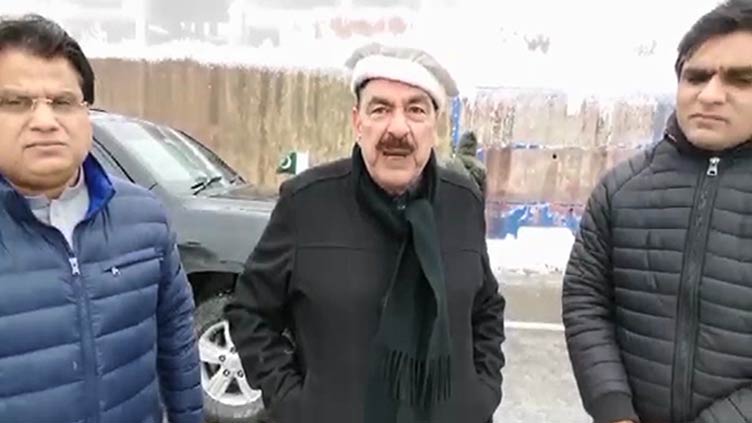 The minister has appealed the people to postpone their plans to northern areas to avoid any inconvenience. He told that civil armed forces have been summoned for assistance in snow-related rescue operation.

Sheikh Rashid has urged the locals to help tourists stuck in the storm. He said given the presence of large number of tourists in these areas, we have closed all routes to Murree.

In another video statement, the minister said there have been sixteen to nineteen deaths due to snowfall in Murree.

According to police, among the victims, four were friends and were visiting Murree from Mardan. They died of cold while spending the night in their car due to huge traffic jam.

On the other hand, administration of Rawalpindi and Islamabad closed the roads going to Murree and Galiyat due to large number of vehicles entering the hill station owing to heaving snowfall.

Earlier in the day, Federal Minister for Information and Broadcasting Fawad Chaudhry also urged people to delay their plans of visiting northern areas by some days due to heavy traffic jams.

In a tweet, he said that hundreds of thousands of vehicles are heading towards these areas causing problems for local administrations as they are unable to facilitate such a large number of tourists.

The minister asked people who have not left their houses to postpone their plans.