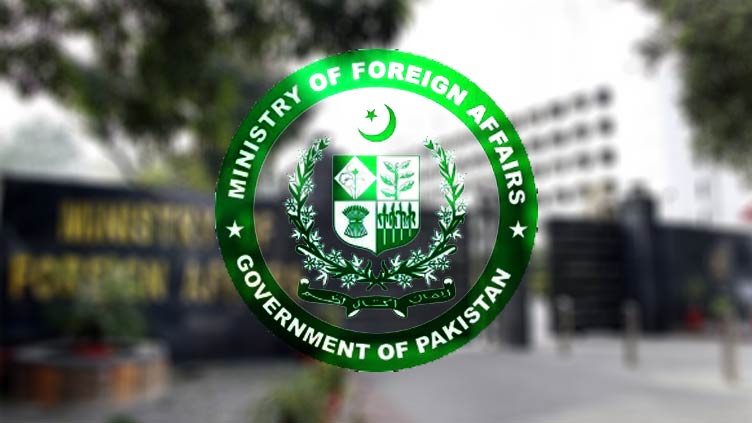 ISLAMABAD (Dunya News) – Pakistan on Tuesday strongly condemned the despicable and totally unacceptable harassment and insult of Muslim women on the internet and purpose-built online application in India.

The foreign office in a statement issued on Tuesday said that in a completely obnoxious and repugnant act, aimed at humiliating, harassing and insulting Muslim women, their doctored images have been placed on the internet application with outrageous captions for “auction”. It said that hate-mongering followers of such applications attacked the dignity of nearly 100 influential Muslim women by “bidding” on them with deeply offensive remarks.

The foreign office said this is the newest low in the violent streak of hate attacks against minorities in India whereby cyberspace with purpose-built online platforms and social media has been used yet again, to demean and harass women, particularly Muslim women, to create a feeling of fear and shame amongst the Muslim community. These horrifying occurrences have left Muslim women traumatized and in deep fear.

The statement said under the Hindutva-inspired BJP-RSS combine dispensation in New Delhi, space for minorities particularly Muslims is continuously shrinking in India.

It is reprehensible that no action has been taken against the perpetrators of similar abhorrent act six months ago auctioning dozens of influential Muslim women in India on a social media platform.

The FO said deafening silence of the BJP leadership and absence of discernible action against ‘Hindutva’ proponents openly calling for genocide of Muslims should send alarm bells across the international community about the gross and systematic human rights violations of minorities particularly Muslims in India.

The foreign office reiterated Pakistan s calls on the international community, particularly the United Nations and relevant international human rights and humanitarian organizations to fulfill their responsibilities to stop the rising xenophobia, Islamophobia and violent attacks against minorities in India and ensure their safety, security and well-being.