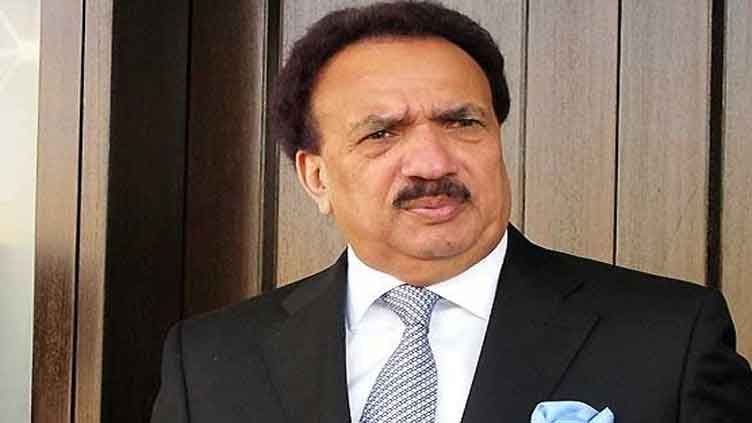 Addressing media conference in Islamabad today, he mentioned that government is puzzled over the current situation of country. Asif Zardari is observing the national politics and is active which is why many politicians are in an irritated state.

He said that Benazir Bhutto was murdered and country was damaged. The telegram records were tempered, people who were alleged were arrested but their punishment were delayed. The judiciary must take notice on delay, he stated.

While suggesting government a solution towards banned outfit Tehrik-e-Taliban Pakistan (TTP) issues, he said that a Truth Commission must be made. He requested Afghan Minister Haqqani to hand over Ikramul Haq to Pakistan. Former minister stated that Afghan Taliban government is not as equally interested in collaborating with Pakistan while it has made an agreement with US.

Acknowledging the contribution of Benazir Bhutto in Pakistani politics, he mentioned that he along with his party members will ensure to promote and complete Benazir’s mission. He further said that PPP will move forward in the coming era.

On the other hand, Pakistan Peoples Party (PPP) has planned to arrange a rally in connection with the 14th death anniversary of former prime minister Shaheed Benazir Bhutto at Garhi Khuda Bakhsh..

Last year, for the first time, along with PPP leaders, Pakistan Democratic Movement (PDM) leaders Maryam Nawaz, Abdul Ghafoor Haideri and other party leaders had addressed the people from the stage of Garhi Khuda Bakhsh.

The Shrines of martyrs and surrounding areas was decorated with banners and party flags. Carpets were set up for the workers to sit on. Walk-through gates were installed at the entrances of the shrines.

Tightening security arrangements on the occasion of the anniversary, 7,000 police personnel were also deployed, including women commandos and traffic police personnel. The venue was monitored by CCTV cameras.

Reception and medical camps were set up at Gari Khuda Buksh by various departments and the PPP. The central leadership, including PPP chairman Bilawal Bhutto, had arrived in Larkana to attend the anniversary celebrations.

According to the program schedule was released by the PPP, poets from all over the country were present poetry in memory of Shaheed Benazir Bhutto.

PDM leaders including Bilawal Bhutto Zardari, Maryam Nawaz, Abdul Ghafoor Haideri had addressed the meeting at 5 o’clock. The meeting had ended at 7 o’clock.

Talking to the media, he had said PPP Chairman Bilawal Bhutto Zardari would address the public meeting on the death anniversary of Shaheed Benazir Bhutto.