Govt won't give funds to ECP if elections are not held on EVM: Fawad 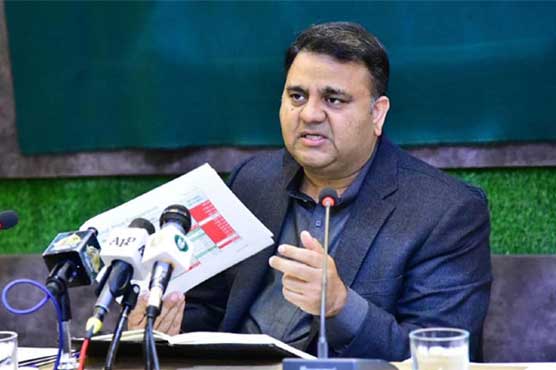 ISLAMABAD (Dunya News) – Federal Cabinet on Tuesday viewed that the Election Commission of Pakistan (ECP) was bound to hold all the next elections including by-polls through the Electronic Voting Machines (EVMs).

“The Federal Cabinet while discussing the most important decision on the EVM opined that after amendment in the [election] laws, it is mandatory for the election commission to hold all next by-polls through EVMs,” Minister for Information and Broadcasting Chaudhry Fawad Hussain told the media persons after the meeting chaired by Prime Minister Imran Khan.

“If elections are not conducted through the EVMs, there is another opinion that the government will not be able to fund them,” he said, explaining the existing election laws that only gave legitimacy to the polls via the machines.

He said Federal Minister for Law and Justice Dr. Muhammad Farogh Naseem was of the view that on prima facie, the government could only give funds to the ECP for elections if that were held through EVMs. The government had formed a committee in that regard and the law ministry would give its opinion on the matter, Fawad added.

The minister said the ECP should ensure use of the EVMs in all the next elections as the Parliament had given mandate in that regard.

Special Assistant to the Prime Minister on National Health Services Dr Faisal Sultan and Minister for Planning Development & Special Initiatives Asad Umar briefed the federal cabinet on new variant of the coronavirus (Omicron). It was told that new variant’s transmissibility was fastest among other kinds of the coronavirus and spreading at tenfold pace in those countries where it had been reported.

Lethality of variant and efficacy of vaccine against this variant was yet to be known, he said, adding the federal Cabinet was told that those factors would be determined by next two to three weeks.

The Federal Cabinet has requested the provincial governments to revamp their vaccination drives and appealed to the public to get inoculated at the earliest so that this new variant could be dealt in a way as those of its previous kinds that were tackled in an effective way.

He said the arrival of Omicron was imminent as the steps taken by the government could only delay it for a brief moment of time. Most important thing to deal with this variant was mask wearing and vaccination of the leftovers, he added.

Fawad said the Federal Cabinet had expressed serious reservations over the videos circulating on the social media networking sites showing that votes were being bought for the upcoming by-election in Lahore. He said such illegal activities did not come to the fore in the by-election, if steps were taken by the ECP against horse trading in the recent Senate election.

The free and fair polls were lifeline of a democratic system where elections were the basis for formation of government, he said, highlighting the national election watchdog’s effective and important role in that regard. He urged the ECP to take the matter of purchase of votes by specific political parties in Lahore to a logical conclusion.

Fawad said the Federal Cabinet was briefed by Minister for Science and Technology Shibli Faraz in detail about total number of required EVMs for the elections.

He said formalities for receiving $3 billion dollars in safe deposits and $1.2 billion worth of oil supplies on differed payment from Saudi Arabia had been completed.

The ITFC (International Islamic Trade Finance Corporation) had given additional $762 million to Pakistan which would ensure stability of rupee against dollar, he added.

The minister said a presentation on weekly prices of kitchen items was also given to the Federal Cabinet and it was noted that there had been a steady decline in commodities prices.

Price of sugar had seen substantial decrease in the last one month, he said, lashing out at the Sindh government for delaying crushing of sugarcane’s crops which caused increase in the price of sweetener.

He said prices of essential commodities in Karachi and Hyderabad were quite high which required urgent attention of the Sindh government.

It was Karachi which played major role in fluctuation of the Sensitive Price Index, he added. Chaudhry Fawad Hussain said that with the increase in rice production, the country was likely to earn $4.75 billion foreign exchange. The weekly presentation of kitchen items given to the cabinet transpired that the prices of essential were on declining trend, he added.

He said it showed that 0.67 percent decrease had been registered in prices of essential items of daily use in recent days. In only month period sugar price had come down to Rs 60 per kg, he added.

He blamed Sindh government for increase in Sugar price. “Inflation is rampant in the cities like Karachi and Hyderabad,” he said adding that PTI government was being portrayed as inexperienced party but the party governing the province for over 30 years had failed to check food inflation.

The cabinet observed that the Kitchen items were cheapest in Pakistan as comparing to the entire region. The government was doing utmost to minimize the impacts of global inflation, he said.

The minister said it was noted that the consumption of urea had abruptly increased in Sindh by 53 percent in last six months. It showed that hoarding was rampant in the province and smugglers were being facilitated in the province, he said, adding due to this reason Punjab’s farmer was suffering and buying urea from black market. The Sindh government must check the hoarding to provide solace to farmers, he said.

Fawad said in contrary, Sindh government did nothing to check hoarding due to involvement of members of the sitting government. Divulging cabinet decisions, he said Petroleum Division briefed the cabinet about vacant posts of Managing Director and Chief Executive Officers in the division and attached departments and appraised the cabinet that the appointment process on four vacant posts was continuing.

The cabinet tasked Special Assistant to Prime Minister on Climate Change Malik Amin Aslam to devise a long term policy to control smog on permanent basis, he added. The minister said the cabinet okayed enhancing visa duration of Tablighi Jamat from 120 to 150 days, besides providing them E-Visa facility.

Chaudhry Fawad Hussain said that Rana Shamim had stated in Islamabad High Court that the circulated affidavit was not issued by him. The question was that how affidavit was published in newspapers, he said, adding it was assumed that Nawaz Sharif was involved in the publication of Shamim’s affidavit. He said some media persons were involved in the campaign launched against judiciary and army and hoped that the court would take the issue to the logical conclusion. 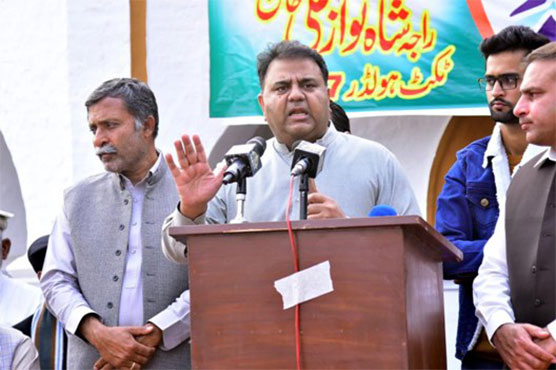 Those who used slogan of 'Give respect to vote' are now purchasing votes: Fawad 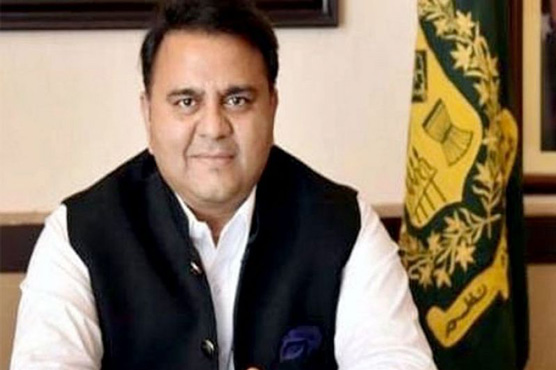 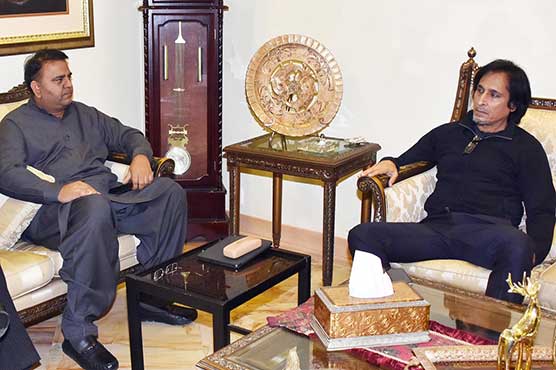 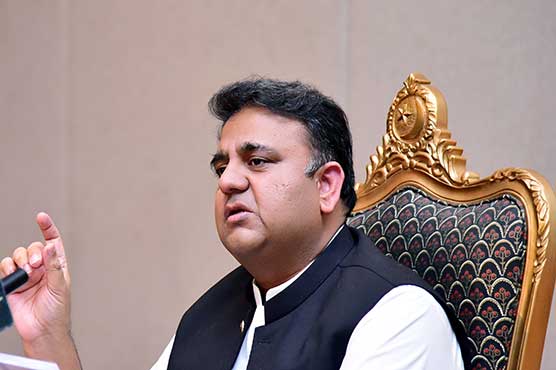 PML-N's conspiracy against judiciary has been exposed: Fawad Ch