All democrats have duty to protect 18th Amendment: Zardari 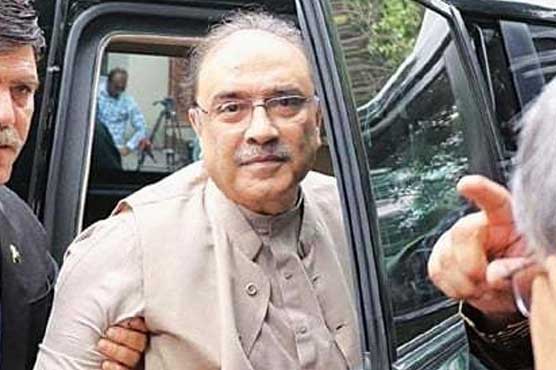 All democrats have duty to protect 18th Amendment: Zardari

Asif Zardari said no compromise to be made on powerful parliament, people’s right to sovereignty

KARACHI (Dunya News) – Former president and Pakistan Peoples’ Party (PPP) co-chairman Asif Ali Zardari said on Tuesday that no compromise would be made on a powerful parliament and people’s right to sovereignty.

In his message on the 54th Founding Day of the Party, Asif Zardari said that the PPP is steadfast on its founding philosophy and manifesto.

The PPP co-chairman said a powerful parliament and people’s right to sovereignty will not be compromised and the thinking that hates democracy will be defeated, adding that Islam is our religion, socialism is our economy, democracy is our politics and all the power is to the people.

“The PPP always came to power with the power and votes of the people, our priority has been only to make life easier for the people,” Zardari said.

Asif Ali Zardari paid homage to Quaid-e-Awam Shaheed Zulfikar Ali Bhutto and Shaheed Mohtarma Benazir Bhutto and all those brave workers who sacrificed their lives for the sake of constitution and democracy, enduring the pain of imprisonment.

Today, the PPP is resisting two kinds of thinking, one that is of those who hate democracy and the other is of extremists who are trying to impose their will on the people. That is why the country, constitution and democracy are most dear to the leadership and workers of PPP. The PPP rebuilt this country, gave the country a constitution and gave democratic rights to the people, Asif Ali Zardari said.

The former president said all the democratic parties in the country must protect the 18th Constitutional Amendment, stressing that the PPP would not compromise on supremacy of parliament and people’s empowerment.