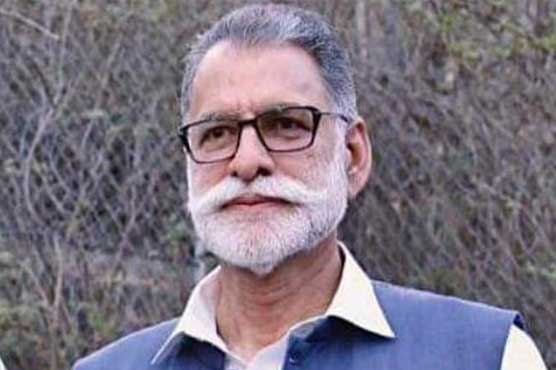 While addressing a press conference in Karachi today, he said the barbarity of Indian troops is continued in Indian Illegally Occupied Jammu and Kashmir (IIOJK). The community of global leaders must take notice of the Indian cruelty which is taking place in IIOJK.

According to the details, in Indian Illegally Occupied Jammu and Kashmir, the Modi-led fascist government has increased its state terrorism to suppress the Kashmiris’ just struggle for right to self-determination.

A report released by Kashmir Media Service, on Sunday, said Kashmir is witnessing repeated cycles of brutal suppression as killing of innocent people in fake encounters by Indian troop has become a regular feature in IIOJK.

It said the BJP-led Indian government uses terrorism as a ploy to intimidate Kashmiris but the Indian repression cannot break the Kashmiris’ will as Kashmiris’ spirit for freedom remains unflinching in the face of Indian atrocities.

On the occassion, Sardar Abdul Qayyum paid homage to the Sindh government and mentioned that Pakistan is free from all such barbarities; whereas, the Modi-led government is involved in carrying out all illegal inhuman practices.

Thanking for the enthusiastic welcome, PM AJK said that he wish to pay visit to the Quaid’s mausoleum. Moreover, he went on to add that the Indian brutality is still continued in IIOJK.