NA-133 by-election: PTI decides to not move SC over rejection of nomination papers 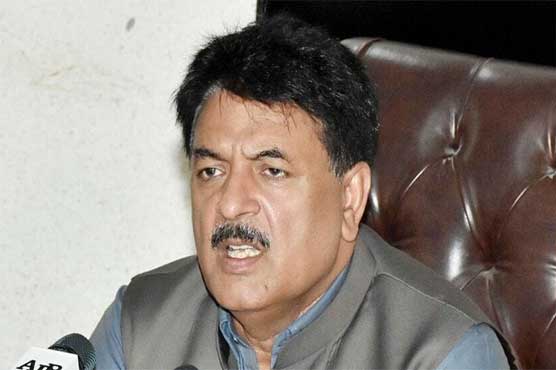 NA-133 by-election: PTI decides to not move SC over rejection of nomination papers

LAHORE (Dunya News) – Pakistan Tehreek-e-Insaf (PTI) on Thursday has decided to not approach Supreme Court (SC) over rejection of its candidate’s nomination papers for NA-133 by-election.

PTI candidate Jamshed Iqbal Cheema said that returning officer had rejected his papers while Election Tribunal and high court had upheld the objections. It will take seven days to approach SC on this matter, therefore, the party has decided to not take the case to the apex court, he told.

Jamshed Cheema said that 40,000 bogus votes are in the constituency and we are working to free the area from such corrupt practices.

Earlier, Lahore High Court had rejected pleas of Jamshed Iqbal Cheema against the rejection of his nomination papers for NA-133 by-elections

The two-member bench of the high court announced the verdict.

It merits mention that Cheema and his wife had filed the petition challenging the decisions of the Election Appellate Tribunal and the Returning Officer.

The nomination papers of Jamshed Cheema and Musarat Cheema were rejected because the his and his wife s proposer was a resident of NA-130 and not from NA-133.

Under section 60 of the Election Act, the proposer should belong to the election’s constituency.