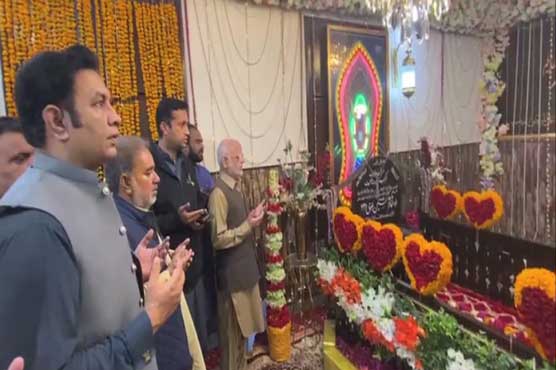 According to details, the PTI Senator reached at TLP headquarters and ancestral Rehmatul Lil Alameen mosque to meet TLP chief Saad Rizvi, where he also visited the mausoleum of Khadim Hussain Rizvi and offered Fateha.

The PTI leader then called on TLP chief Saad Rizvi and presented a bouquet of flowers o him.

On Thursday, Saad Rizvi was released. He was taken into custody in April shortly after the federal government declared the TLP a proscribed organisation under anti-terrorism laws and launched a broad crackdown against it.

Earlier this month, Ejaz Chaudhry had claimed that the government would consider giving seats to TLP which was banned at the time. He also said that he would meet Rizvi once he is released.