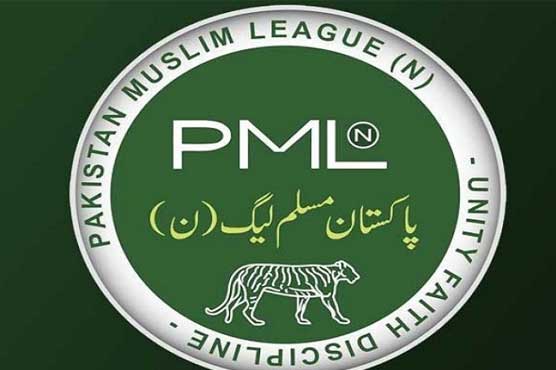 LAHORE (Dunya News) – The Pakistan Muslim League-N (PML-N) has rejected a demand by the Punjab government to postpone the by-elections of NA-133 in view of the protests by the banned Tehreek-e-Labbaik Pakistan (TLP).

Speaking to the journalists along with MNA Ali Pervaiz Malik and PML-N leader Nasser Bhatta in Lahore, senior PML-N leader Khawaja Saad Rafique said the Punjab government had made an excuse that the election cannot be held during the protests of the banned TLP.

“We reject this demand of the provincial government. An excuse is being made up on the spur of protest 200km away from the city. They did not remember the law and order situation when the election commission released the schedule. Elections should not be postponed. If elections can be held during Corona, then why not now,” he said.

The PML-N stalwart mentioned that the laws made through the ordinance will be challenged, adding that they have no legal status.

Ensuring the victory of Shaista Pervaiz Malik, Khawaja Saad Rafique said that the incumbent government is a product of rigging and the EVM has no right to conduct these elections.

The former railways minister said that the election arena is ready, now the government wants to flee. “The province has been turned into rubble during the rule of three and a half years. False excuses should not affect the election schedule. They want something else or running away from this election.”

On the occasion, MNA Ali Pervaiz Malik said that after the rejection of Jamshed Iqbal’s nomination papers, the PTI had to face a dilemma today. “The PTI’s candidate does not even know about the boundaries of the constituency. The party landed its ATM in the contest but the RO replied their incompetency,” he added.