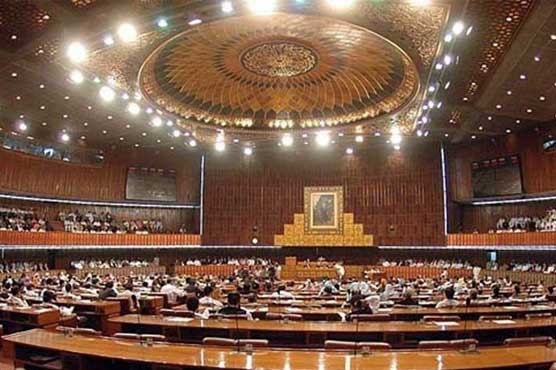 During the joint session of the parliament, the government led by Pakistan Tehreek-e-Insaf has decided to bring a bill on EVMs and Indian spy Kulbhushan Jhadav.

Adviser to PM Imran Khan on Parliamentary Affairs Dr Babar Awan said that a joint sitting of Parliament would be convened in November and bills including EVM and International Court of Justice would be passed in a joint sitting. “The government has decided to implement EVM under the law,” he said.

The adviser said that the Supreme Court allowed the government to ensure the access of modern technology to the Election Commission, adding that the government was implementing the apex court’s orders.

“The overseas Pakistanis will be given right to vote through legislation,” he added.

Dr Babar Awan went on to say that the opposition was playing delaying tactics on the issue, adding that they (opposition) has not taken any interest in any legislation including regarding FATF.

“If the opposition wants to negotiate, it should do so inside the house,” he said and added the best forum is the Parliamentary forum.