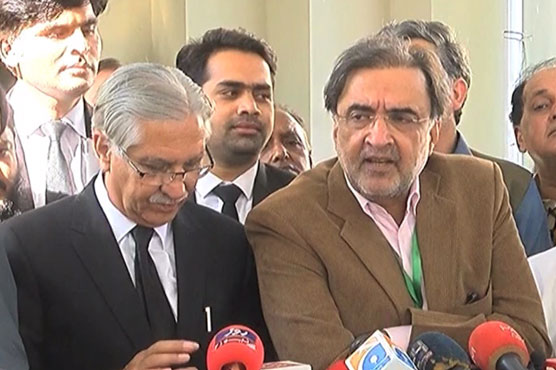 Qamar Zaman Kaira, while talking to media persons along with Nayyar Bukhari outside the apex court, said that case against the PPP leader was filed with malicious intent but arrests and jails are not a big deal for political workers.

Kaira further said that PPP only takes directions from public and the party does not give importance to instructions from anywhere else.

He further said that PPP was the first party to protest against rising inflation in the country. He added that opposition will hold a long march to send the government packing.

It is to be mentioned here that NAB had arrested senior PPP leader Syed Khurshid Shah in a case regarding his alleged assets beyond means on September 18, 2019.