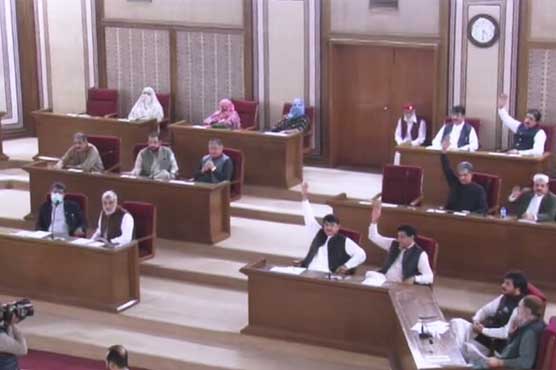 Speaker of the assembly Abdul Quddus Bizenjo is chairing the session and disgruntled members including lawmakers from CM Kamal’s own Balochistan Awami Party (BAP) will submitted a no-confidence motion against him.

Member Balochistan Assembly Sardar Abdul Rehman Khetran moved the motion in the assembly against CM Jam Kamal. The disgruntled members of assembly stood on their seats to announce their support for the motion.

The opposition will need a simple majority of 33 members to pass the no-confidence motion against the Balochistan Chief Minister.

On this occasion, Abdul Rehman Khetran said that due to poor governance of the chief minister, frustration, unrest and unemployment prevailed in the province, while performance of institutions has also affected.

Khetran said that running the important affairs without consultation has caused irreparable damage to the province, adding that Jam Kamal Khan is running the affairs of the province on his own and demanded that the chief minister be removed from office for poor performance.

Opposition claims it has the required number to send Jam Kamal packing as 14 members of his own party are signatories on the motion. However, Jam Kamal is hopeful that the move will fail and said that few members cannot stop development of the province.