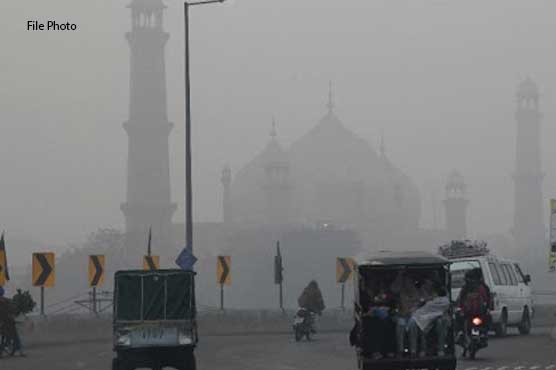 LAHORE (Dunya News) – After transition in weather, the smog has returned in the Punjab’s capital city Lahore, while 43 per cent of smog has been declared as the biggest cause of vehicle smoke.

According to medical experts, with the change of weather, the city of Lahore has been engulfed by smog. Smoke from kilns and factories causes 20 per cent of smog, while smoke from burning rice residues causes 8 per cent of smog.

The experts say that people are suffering from lung disease due to polluted air. If any fire breaks out anywhere in Punjab, action will be taken while precautionary measures have also been directed.

Medical experts added that when there is smog then try not to go outside in the open air. Use masks, wash eyes and nose with water when returning from the open air. They directed to stop newborns and children from taking in open air during smoggy weather, adding that special care of patients with asthma, heart and lungs is needed in this weather.

On the other hand, Punjab’s capital is struggling with another season of hazardous air quality. Despite measures by the provincial administration, parts of Lahore engulfed of smog.