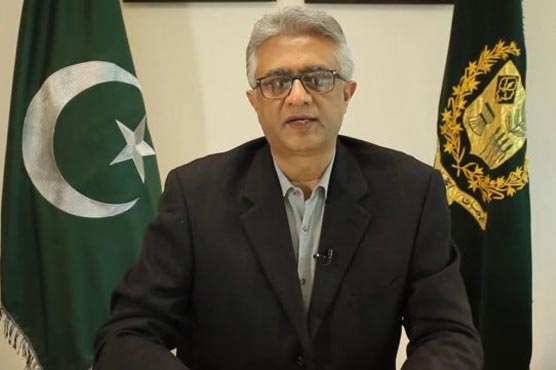 ISLAMABAD (Dunya News) – A three-day polio immunization campaign to vaccinate children under the age of five years continued on Tuesday in the federal capital and other cities of the country.

According to official sources, over 40 million children under five years of age will be vaccinated with the polio vaccine, along with a supplementary dose of Vitamin-A capsule during the nationwide campaign.

More than 290,000 Sehat Tahafuz frontline workers are going house to house for vaccination to protect children from lifelong paralysis caused by the polio virus.

Research shows approximately 50 percent of all children are vitamin-A deficient in Pakistan, so a supplementary dose of Vitamin A would be included providing protection against various infections and diseases like diarrhea, pneumonia, measles, and night blindness.

On the occasion, Special Assistant to Prime Minister on National Health Services, Dr Faisal Sultan said, “The programme has made significant gains with not a single case being reported for seven months, giving us a unique opportunity to achieve polio eradication.”

He added, “Now is the time to re-double our efforts and ensure to reach every eligible child with the polio vaccine to solidify this progress. Parents should open their door to frontline workers and vaccinate their children to make way for a polio-free Pakistan.”

He said, “As an indication of how high a priority polio eradication is, the Prime Minister recently met with the District Commissioners of 21 highest risk Districts and directed them to personally double their efforts to eradicate polio, and we expect to see the results of that meeting in this upcoming campaign.”

He said Pakistan remained one of only two countries in the world with circulating wild polio virus, together with Afghanistan. Wild poliovirus had been eradicated in all other countries, attesting to the safety and efficacy of the vaccine.

“The upcoming campaign is vital for the programme and Pakistan’s ability to achieve polio eradication,” said Dr. Shahzad Baig, Coordinator of the Pakistan Polio Eradication Initiative.

He said, “We are currently going into the high transmission season during which the virus is especially active and need to ensure the protection of all our children with the vaccine. It is essential to vaccinate every child in the upcoming campaign, especially the newborns and infants.”

“We must emphasize that caregivers prioritize routine immunization of children and visit health facilities as per the schedule.

Our aim is to immunize all children against vaccine-preventable diseases to protect them from life-threatening diseases,” he added.

He said Pakistan had made substantial progress towards polio eradication, with only one wild poliovirus case reported in 2021 compared to 75 cases at the same time last year.

The significant reduction in cases was supported by a decrease in positive environmental samples from 55 percent to 12 percent, highlighting that poliovirus was less active in the country.

He said this was one of the lowest levels of detected wild poliovirus in the history of the country. It was vital that this opportunity to finally eradicate polio from Pakistan was seized. “We must not be complacent and now is the time to further intensify our national effort to dive polio out of Pakistan once and for all.”