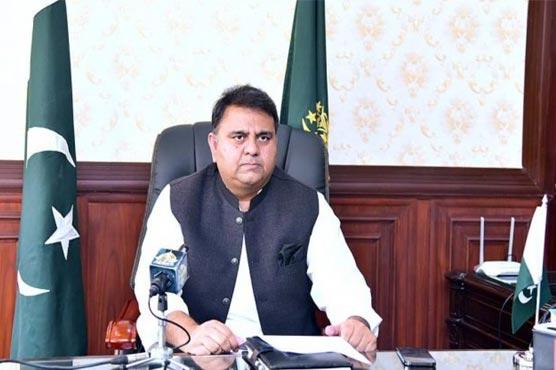 ISLAMABAD (Dunya News) – Minister for Information and Broadcasting Chaudhry Fawad Hussain on Saturday said peace in Afghanistan would be in the interest of not only the Taliban but the entire region.

In a special talk about Afghanistan, he said Prime Minister Imran Khan and Tajik President Emomali Rakhmon would play a role in bringing the Taliban and Tajiks closer.

The Tajik president, he said, was respected by Tajiks around the world.

Fawad said efforts would be made for giving Tajiks representation in the new Afghan government.

During a meeting with Prime Minister Imran Khan, the Tajik President expressed keen interest in bringing the two factions closer, the minister said.

The announcement of talks with the Taliban, he said, was a historic step.

It would not be easy for the Taliban to include in the government the groups that have been fighting with them for decades.

The two factions must work together to find a lasting solution to Afghanistan’s problems, the minister said adding, socio-economic recovery was an important factor for peace and security in the region.

The Tajik President and Prime Minister Imran Khan have vowed to work together for peace, stability and security in the region, especially in Afghanistan, the minister said.