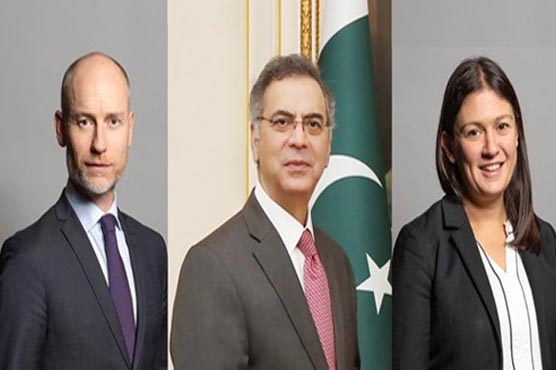 In his interaction, the high commissioner presented Pakistan’s perspective on the Afghan situation, pointing out that Pakistan had been sincere in its desire for peace and stability in Afghanistan, said a press release received Friday.

The high commissioner said as part of a shared responsibility, Pakistan had extended every support for initiating the Intra Afghan dialogue. However, regrettably, the dialogue was unable to make much headway, principally because of intransigence of the Afghan government.

He updated his interlocutors on Pakistan’s efforts to extend all possible humanitarian support in evacuating those intending to leave Afghanistan.

He hoped that the international community would not repeat past mistakes, and would stay engaged to ensure peace, security and stability in Afghanistan.

The high commissioner further clarified that Pakistan hoped that human rights, including women rights would be respected, a broad-based and inclusive dispensation would be put in place and Afghan soil will not be used to foment instability in any country. He assured that as a responsible member of the international community, Pakistan would continue to extend all possible facilitation to evacuation efforts of foreign nationals.