Pakistan airlifts 1,335 nationals of over 30 countries from Kabul 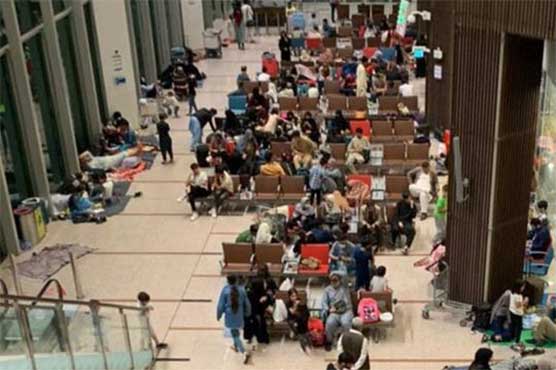 Pakistan airlifts 1,335 nationals of over 30 countries from Kabul

ISLAMABAD (Dunya News) - Pakistan has helped in evacuation of 1,335 foreign nationals of over 30 countries from Kabul after Taliban took control of the Afghan capital.

Pakistan has run 24 evacuation flights to evacuate a total of 1,335 foreigners of various countries.

Among the foreign evacuees, 15 belonged to Belgium, 43 to Denmark, 14 to Canada, 40 of Holland. Separately Turkey’s 42 people, two British and 11 US nationals were also amongst the evacuees.

Three United Nations employees were also airlifted from Kabul to be flown into Islamabad. Bulgaria, France, Germany, Greece, Indonesia, Italy, Japan, Philippines, and South African residents were also amongst those to be airlifted.