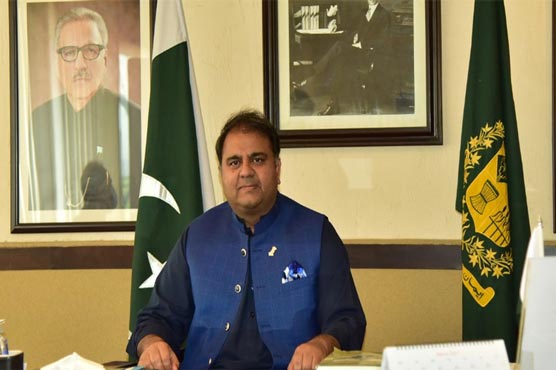 ISLAMABAD (Dunya News) - Pakistan Tehreek-e-Insaf is the name of a ray of hope that ended a dark era three years ago.

Minister for Information and Broadcasting Chaudhry Fawad Hussain said this in a tweet today on the occasion of completion of three years of PTI government.

He said the government has deferred the plan to present three-year performance of the PTI in respect of Ashura for one week. The Minister said that the detailed plan will be revealed next week that what the change is.

Minister of State for Information and Broadcasting Farrukh Habib, in a statement, said PTI Government has achieved several milestones despite numerous challenges.

He said the government under the leadership of Prime Minister Imran Khan is determined to make Pakistan a welfare state on the patron of the State of Madinah.

He said the government established shelter homes and Langarkhanas for the homeless and oppressed people for the first time in the history of Pakistan.

Farrukh Habib said the economy was revamped due to prudent policies of the government.

He said Pakistan s exports witnessed a rise of over 25 billion dollars, GDP growth recorded at four percent, remittances surged to the highest level in three years, and foreign exchange reserved grew to over 17 billion dollars.

The Minister of State said work on several hydel projects and road infrastructure across Pakistan is underway. He said health coverage is being provided under Insaf health card.