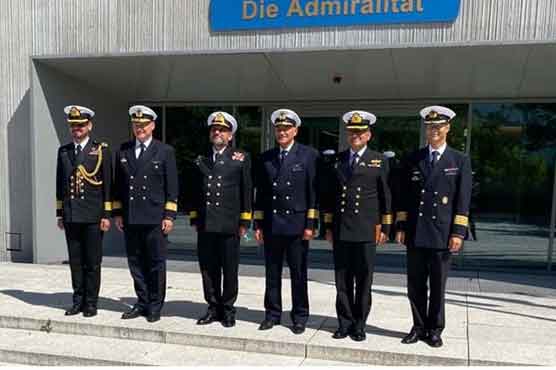 Upon arrival at port, the ship was warmly welcomed by Naval and Air Attache (Pakistan) Berlin and officials from German Navy.

During the interaction, matters of mutual interest were discussed and contribution of Pakistan Navy to regional peace and maritime security were acknowledged.

Mission Commander also conveyed well wishes from Chief of the Naval Staff Admiral Muhammad Amjad Khan Niazi for the people of Germany in general and German Navy in particular.

During the visit, an impressive ceremony was held onboard PNS ZULFIQUAR to celebrate 70th anniversary of diplomatic relations between Pakistan and Germany.

The exercise was aimed to enhance military cooperation through naval engagement and augment interoperability between the two friendly navies.

The visit of PNS ZULFIQAR to Germany and conduct of bilateral naval drill with Poland will further foster navy to navy relations and will go a long way in strengthening diplomatic and military relations, among friendly countries.