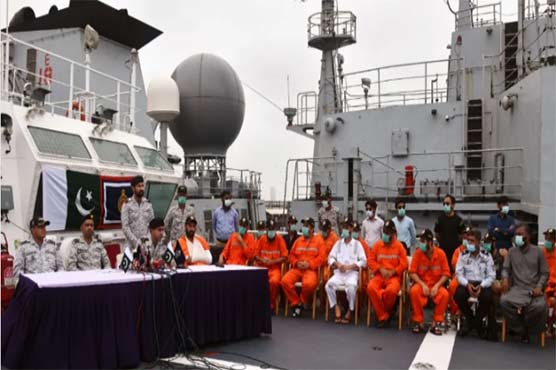 The operation was carried out in the exclusive economic zone of Pakistani sea in which the cargo ship sank due to strong winds and tide, said a Pakistan Navy news release.

Emergency messages were sent by the crew before sinking, the messages were received by a nearby cargo ship, MT Elan Vital, and five crew members were immediately rescued.

The identification of more members was reported to the nearby ship MT DESH ABHIMAAN, which rescued five more members.

All crew of the sunk ship belongs to Syria, the ship was carrying cargo from India to Somalia.