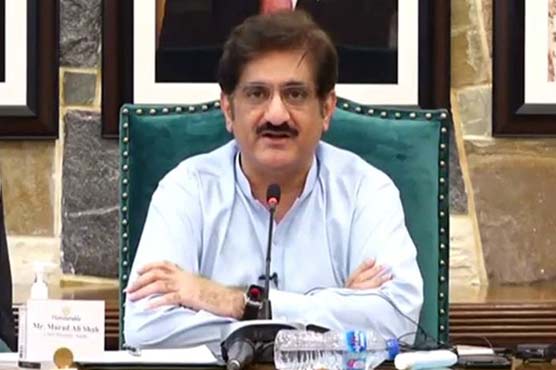 On the agenda of the meeting was KCR and BRTs, anti-encroachment drive progress, mullah rehabilitation progress and disaster management plan.

The transport department told the meeting that the FWO had conducted a survey for detailed design, and estimated cost for flyover/underpasses along the KCR route.

The chief minister said that he had committed to provide Rs6 billion which would be provided by his government as per the timeline of the railway authorities. PD KCR Ameer Daudpota told the meeting that there were some issues which needed to be resolved before starting the work.

At this the chief minister said he would chair a meeting of KCR and Transport department and city administration on Monday to resolve all the KCR issues so that work on the proposed project as per supreme court order could be started.

The meeting was informed that the Sindh govt project, Orange line, was 3.88 kilometers, including four stations and one bus terminal. The infrastructure of the project would be completed by the end of next month.

The Sindh transport department has released Rs2.120 billion to SIDCL for procurement of 20 buses and Rs587,194,113 regarding operationalization of the BRT. The buses will reach from China in December 2021.

The meeting was informed that the BRT Red Line was Pakistan’s first mass transit system with zero carbon emission due to the biogas component. All its 912 vehicles would operate in direct feeder and trunk routes to travel along the corridor. A state-of-art biogas plant would be installed near Bhains Colony.

The meeting was told that the supervision consultant of the project has been selected. The civil contractor was being finalized and then financial bid opening would be made.

The meeting was further informed that the Malir Halt and Masumiyat depots were being used by Pakistan Rangers and they were assured that they would vacate them when work would be started. The chief minister directed the chief secretary to provide alternate space to the Rangers so that they could continue their operational work smoothly.

Yellow Line is another provincial government project of Rs61.436 billion in which World Bank share is Rs53.540 billion, Sindh government to provide Rs2.654 billion and private sector to lend Rs5.250 billion. It would be developed primarily along Korangi and its industrial road connecting the city’s South-easter suburbs, South and Central districts.

It is a 21-km project starting from Dawood Chowrangi to Numaish. There would be two flyovers, nine underpasses, one U-turn and 28 stations. Its route would have a 42-km motorbike track on both sides. Its ridership would be 300,000 per day. 268 diesel hybrid buses would ply on the route.

The meeting was told that the final contract was being finalized in consultation with the world bank just after Eid.

It is a federal government project, and the meeting was briefed that its infrastructure till Numaish would be completed by August 30 and buses would reach here from China on August 10. The chief minister was assured that the project would start operation on October 10, 2021.

It was pointed out that RS823.340 million have been released for paying compensation to the affected people, of them Rs545.737 million has been disbursed and the remaining amount of Rs277.603 million would be given to the affectees after completion of necessary formalities.

The meeting was told that 1169 shops and 47 houses have been constructed on the 7000 Road Nulla at new Karachi. These establishments spread over 6.5 kilometers. On a query the DC Central told the meeting that he has issued notice to the occupant. At this the chief minister said that his government would give plots to the 47 house owners.

The chief minister decided to construct a box drainage channel below the crossing of Green Line at three locations- Nagin Chowrangi and at two spots of Hyderi Markets for which he would provide Rs400 million. The construction of drain box channels would discharge rainwater smoothly.

The meeting was informed that almost all the major nullas, Mehmoodabad, Gujjar and Orangi have been cleaned and walls along their embankments were being constructed.

The chief minister directed the chief secretary to keep monitoring the progress of on-going development works along the nullas and report to him.

Will not resign on someone else's wish: CM Murad 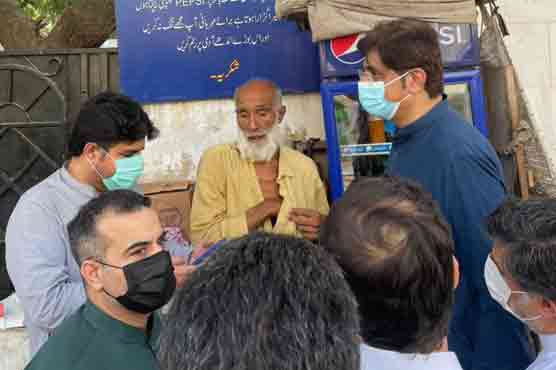 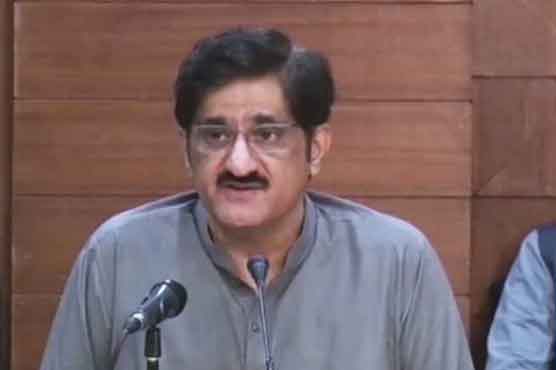