Board exams for classes 9th, 10th to be held for four subjects 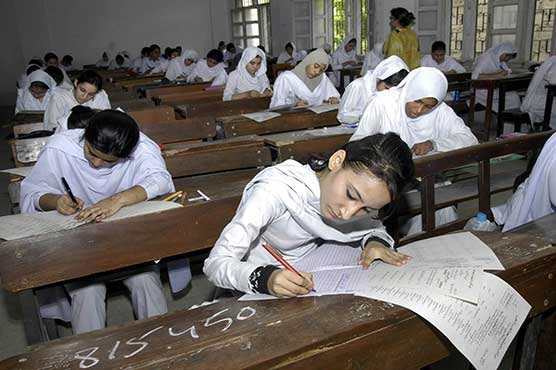 Board exams for classes 9th, 10th to be held for four subjects

ISLAMABAD (Dunya News) – Federal Minister for Education Shafqat Mehmood on Wednesday said that the students would not be awarded grades without attempting examinations.

Addressing a press conference in Islamabad on Wednesday, he said that the examinations would commence after July 10, adding that the 9th and 10th examinations will be conducted for elective subjects.

"Last year we promoted some children without exams, but now we have decided that the student would not get grade without attempting exams," said Shafqat Mahmood.

He went on to say that closing educational institutions due to the coronavirus epidemic was not an easy decision, adding that the pandemic had a negative impact on education but owing to the improvement in the situation, it has been decided to open 9th, 10th, 11th and 12th classes.

It was also decided to keep an interval between each paper, he mentioned.

He said the students had a genuine complain of not completing their course work. Due to closures of schools time and again, the students could not pay attention on their studies, he lamented.

Most of the students studied just two months before of the exams, he said adding that the exams were mandatory to minimize the loss of learning.

The Cambridge exams, he said, were taken despite rising cases of the pandemic. For O Level students, Cambridge decided to take special exams.

He said we had an experience of promoting students without exams, adding, now it had been decided that no grades would be awarded without exams.