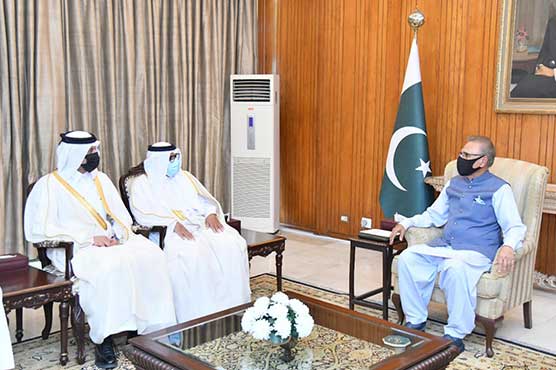 ISLAMABAD (Dunya News) – President Dr Arif Alvi on Tuesday said Pakistan was committed to transform the existing relations with Qatar into a more robust political and economic partnership for the mutual benefit of the two countries.

Talking to visiting Qatari delegation led by Shiekh Ali Abudllah Al-Thani, member of the Qatari royal family and Chairman Pak-Qatar Takaful Group at Aiwan-e-Sadr, the president said Pakistan and Qatar enjoyed excellent relations which needed to be further strengthened in areas of trade, economy and investment.

President Alvi said Pakistan offered the most liberal and investment-friendly regime in the region, adding that the Qatari investors needed to benefit from it.

He welcomed the Qatar Investment Authority (QIA)’s interest in investing in various sectors of Pakistan’s economy and mentioned that Pakistan’s ranking in the Ease of Doing Business Index had considerably improved.

Dr Alvi expressed the hope that direct linkage between Karachi and Hamad ports would further enhance bilateral trade between the two countries.

He highlighted the economic performance of Pakistan with its economy growing well despite the COVID-19 pandemic. 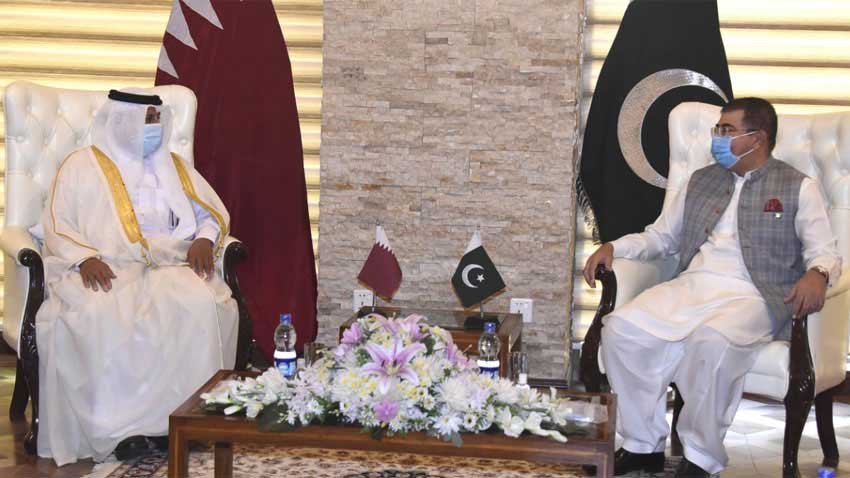 Both the sides expressed satisfaction on the progress of bilateral relations in the realm of trade and investment.

The Senate chairman said that Pakistan is committed to transform its brotherly relations with Qatar into a strong political and economic partnership.

He said Pakistan offers investment friendly atmosphere in the whole region and is known for its independent policies. He said every extend cooperation will be extended to Qatar Investment Authority to invest in Pakistan.

Sheikh Ali Abdullah Sani Al Thani, who is also a member of the Qatari Royal family, recorded his impressions in visitors  book.