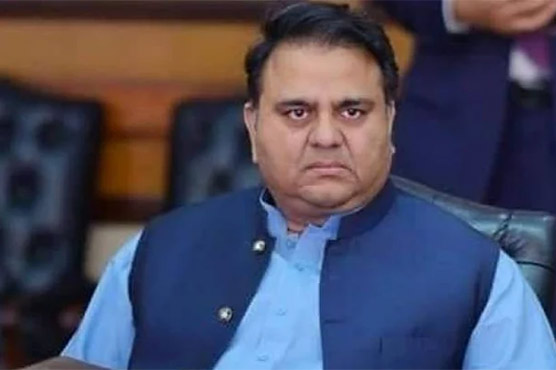 Why a party always coming to power through conspiracies would will go for electoral reforms: Fawad

The Information Minister took to the twitter and said that PML-N’s claim that the reform process has to be done by the Election Commission instead of the Parliament showed that they have no understanding of the system and no interest in reforms.

Why a party always coming to power through conspiracies would will go for electoral reforms, he remarked.

In a statement, the PML-N leader said that the whole world has already turned down the application of electronic voting system. Such kind of important national decisions cannot be implemented on the orders or will of a specific person, he added.

Shehbaz Sharif further said that electoral reforms can only be finalized after mutual consultation.

The reaction came after Prime Minister Imran Khan had invited the opposition to sit with the government for consultation on holding transparent elections in order to strengthen the country’s democracy.

In a series of tweets, the PM said that despite a low turnout, all parties are crying foul and claiming rigging in the NA-249 by-election. The same happened in Daska as well as the recent Senate election. He added that in fact, apart from the 1970 election, claims of rigging in every election have raised doubts over the credibility of their results.

He said that in 2013, there were 133 NA constituencies’ disputes before the election tribunals. PTI asked for examination of just four constituencies’ votes and rigging was established in all four of them. However, it took PTI one year and a 126-day sit-in to get a Judicial Commission which found over 40 faults in the conduct of elections. Yet, no substantive reforms were put in place, he added.

The PM said that technology and use of Electronic Voting Machines (EVM) is the only answer to reclaiming the credibility of elections. He invited the opposition to sit with the government and select from the various EVM models available to restore election credibility.

He further said that former US President Donald Trump’s team did everything to dispute the result of 2020 presidential election; but not one irregularity was found due to the use of technology in the electoral process.

He said that his government was determined to bring about reforms in the electoral system through the use of technology in order to bring transparency and credibility to the elections and strengthen Pakistan’s democracy.