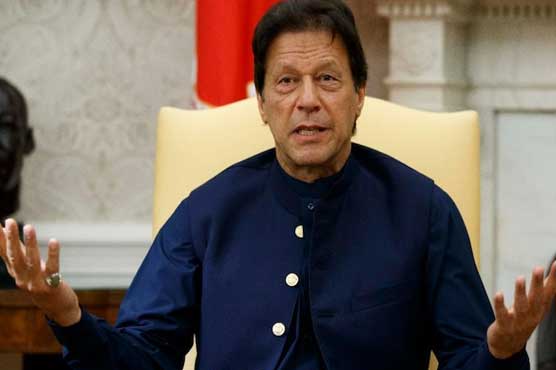 PM Imran said shortcomings of PTI should also be mentioned in the report.

The prime minister directed PTI Senator Ijaz Chaudhry to prepare a report to find out the reasons for the defeat in the Daska by-elections.

He said that the shortcomings of PTI in the defeat of by-elections should also be mentioned in the report, adding that the report should be prepared as soon as possible.

Tens of thousands voted to elect their new representative for the NA-75 seat from Daska, a small town in Sialkot district, on Saturday after it fell vacant following the death of opposition lawmaker Syed Iftikharul Hassan Shah last year.

The country’s election authorities held a by-poll in the area last February, but later declared the contest null and void due to widespread irregularities that the PML-N blamed on the ruling Pakistan Tehreek-e-Insaf (PTI) party.

Saturday’s electoral contest was largely believed to be between PML-N candidate Nosheen Iftikhar and PTI ticket holder Ali Asjad Malhi, though other politicians also participated in it.

Pakistani election authorities informed a local news channel earlier that they had tried to provide a free and fair environment to hold a transparent election.