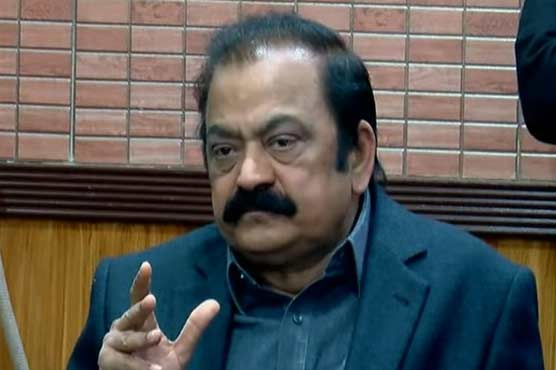 LAHORE (Dunya News) - Pakistan Muslim League-Nawaz (PML-N) leader Rana Sanaullah said that Senate opposition leader was elected with the support of government ally party which created the mistrust and reason behind issuance of show-cause notice to PPP. He said that tearing up the show-cause notice was an undemocratic action of PPP.

Addressing a press conference in Lahore, Rana Sanaullah said that sharing the speech of Asif Ali Zardari in the media made the atmosphere bitter. These in-camera meetings should not have been reported in the media. Our fight is not with the PPP or the ANP but against the selected government, he added.

While offering PPP to bring no-confidence motion against Senate Chairman Sadiq Sanjrani he said that if PPP wants PDM to take back the show-cause notice then it should also surrender Senate opposition leader seat.

He said that PML-N would continue its struggle from the PDM’s platform. In case of general elections PDM parties would have to contest separately. He said PML-N has no fight with PPP. Our struggle is for civilian supremacy and respect for the vote.

"We are ready to work with the parties willing to work together," he said. We hope that the PPP and the ANP will continue their struggle against the selected government from their respective platforms.

Rana Sanaullah said that the aim of our struggle is transparent elections in the country. Instead of political firefighting, the focus should be on organizing political parties stressing the need to have organized parties in a democratic society.