Establishing state of Madina by bringing the powerful under rule of law: PM Imran 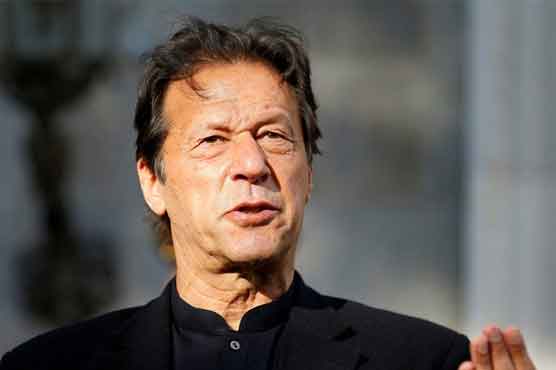 Establishing state of Madina by bringing the powerful under rule of law: PM Imran

PM said when Muslims moved away from guiding principles, their civilisation decayed and declined

ISLAMABAD (Dunya News) – Prime Minister Imran Khan on Tuesday said that Pakistan is back on track to realise the ideal of Riyasat-e-Madina by bringing the powerful under rule of law and establishing a welfare state through Ehsaas, Panagahs and health cards programs.

In a series of tweets on Tuesday, the prime minister said 15 centuries ago our Holy Prophet (PBUH) set up the first welfare state in Madina based on rule of law, meritocracy, compassion and tolerance and where quest for knowledge was made a sacred duty.

15 centuries ago our Holy Prophet PBUH set up the first welfare state in Madina: based on rule of law, meritocracy, compassion & tolerance; & where quest for knowledge was made a sacred duty. In a couple of decades Muslims became the greatest civilisation for next few centuries.

Imran Khan said that when Muslims moved away from these guiding principles, their civilisation decayed and declined.

So far we have been unable to achieve our great potential because we lost sight of our Quaid s vision. Today Pakistan is back on track to realise that ideal by bringing the powerful under rule of law & setting up a welfare state with our progs of Ehsaas, Panagahs & health cards.

He said 81 years ago, our Quaid gave us the dream for Pakistan as envisioned by the great philosopher and poet Allama Iqbal, based on these Riyasat-e-Madina principles.

The premier went on to say that so far we have been unable to achieve our great potential because we lost sight of our Quaid s vision.

Earlier in his message on Pakistan Day, Imran Khan urged the people to continue efforts to make the country truly democratic and welfare state.

Imran Khan reaffirmed his commitment to make Pakistan a humane, progressive and prosperous state akin to Riyasat-e-Madina based on rule of law, meritocracy, egalitarianism and compassion.

He said 23rd March, 1940 was a momentous occasion when the Muslims of the Sub-Continent decided to establish a separate homeland to free themselves from the shackles of oppression and slavery of the Hindutva mindset.

The prime minister also expressed solidarity with the innocent people of Indian Illegally Occupied Jammu and Kashmir who are being subjected to worst form atrocities.

He said we salute their courage and will continue to support them morally, politically and diplomatically for realization of their right to self-determination under relevant UNSC Resolutions.

It is pertinent here to mention that the 81st Pakistan Day is being celebrated today (Tuesday) with simplicity in wake of spike in coronavirus cases and with the pledge to fight the disease as it spreads across the country.