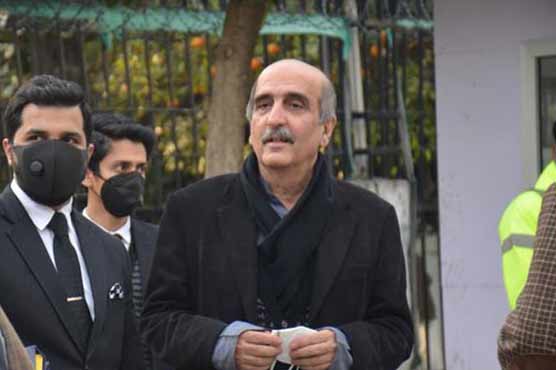 ISLAMABAD (Dunya News) - Akbar S. Babar has sought PTI record from the scrutiny committee of ECP. The Election Commission will hear his petition on March 16 regarding foreign funding.

According to details, the meeting of the ECP scrutiny committee regarding alleged foreign funding of PTI has ended. The meeting reviewed the record submitted by the PTI.

"We have requested to obtain account details of four PTI employees through SBP. We have also provided a sample account,” he said.

He said that the foreign funding case is a stigma on our system, it was a matter of 30 days, 3 years have passed but the investigation is still pending. All PTI accounts have been kept secret from us.

Akbar S. Babar said that foreign funding from the United States and the Middle East was concealed. Despite all the evidence, no action was taken against Imran Khan.

"Institutions are requested to enforce the law. If there was evidence, why no action was taken," he said adding is Imran Khan above the law.