Case not lodged against those who rigged Daska by-poll: Shahid Khaqan 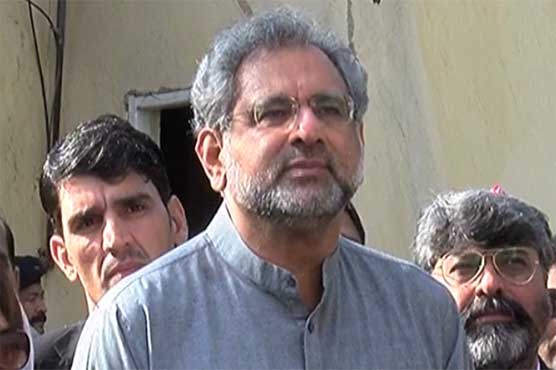 Case not lodged against those who rigged Daska by-poll: Shahid Khaqan

Shahid Khaqan Abbasi said presiding officers were kidnapped but no action was taken.

The erstwhile premier talked to media in Karachi and said presiding officers were kidnapped but no action was taken. He held PM Imran Khan responsible for the vote theft.

Shahid Khaqan Abbasi said, “Is it not a crime to abduct presiding officers? The sanctity of public mandate is being violated by PM’s ministers, advisers and administration. Re-election should be held in the entire NA-75.

“If a former prime minister can be summoned to court, so should be the ones who stole the votes. There is no need of election reforms, only implementation on the law and the constitution is required.

“The institution of accountability is itself accountable. Commissions are formed here to protect the culprits, and same has been done in the Broadsheet case. Imran Khan’s government is one of the most corrupt regimes of the world.

“Transparency International has also declared the incumbent government of Pakistan Tehreek-e-Insaf (PTI) as the most corrupt.”