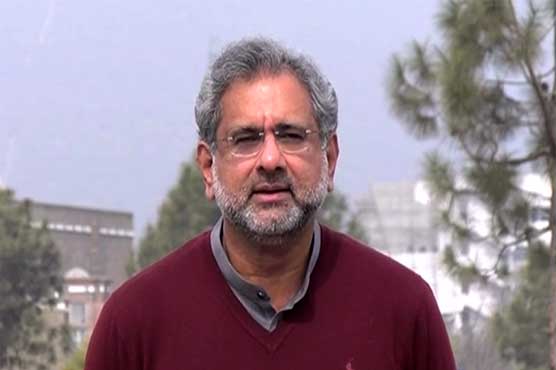 'Some men in civilian dresses took the presiding officers with them.'

Shahid Khaqan Abbasi talked to media and said eyewitnesses revealed that some men in civilian dresses took the presiding officers with them. The officers made strange excuses for arriving late, he said while adding that the result of twenty polling stations was not issued.

“PML-N secured clear lead in the by-election. Police played a part of silent spectator when fire was opened in Daska during the polling. Additional time was not given despite requests and the returning officer, who was under serious pressure, refused to listen to anything.”

On the other hand, PML-N senior leader Ahsan Iqbal welcomed the decision of returning officer to withhold results of NA-75 and demanded an inquiry into alleged ‘abduction’ of presiding officers of several polling stations.

The PML-N leader also accused Firdous Ashiq Awan of trying to alter the results of the elections and said that even PTI workers condemned the attitude of the CM’s aide. Ahsan Iqbal also lauded returning officer for resisting alleged government pressure.

PML-N spokesperson Marriyum Aurangzeb claimed Prime Minister Imran Khan ordered abduction of election commission’s staff after suffering a defeat in the election and said that FIR of the incident should be filed against Imran Khan and CM Usman Buzdar.