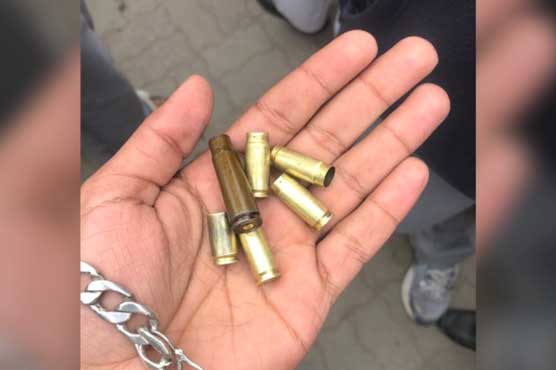 Voting in by-elections in two NA and two provincial assembly constituencies is underway.

The dead have been identified as Majid and Zeeshan and belong to Pakistan Tehreek-e-Insaf (PTI) and Pakistan Muslim League-Nawaz (PML-N).

The incident created panic among voters, however, the situation got normal after the arrival of police. A clash also erupted between PTI and PML-N workers at Sohdra polling station in Wazirabad during PP-51 poll.

Punjab Chief Minister Sardar Usman Buzdar has taken notice of the shooting in Daska and ordered IG Punjab to submit a report of the incident.

He has also ordered Immediate arrest of the perpetrators, saying that no violation of the law shall be allowed. The government will take indiscriminate action against those found guilty, he added.

Let it be known that voting in by-elections in two National Assembly and two provincial assembly constituencies got underway at 08:00 AM and will continue till 05:00 PM without any interval.

According to a statement issued by the Election Commission of Pakistan (ECP), the vacant seats on which by-polls are being held include NA-45 Kurram, NA-75 Sialkot, PP-51 Gujranwala and PK-63 Nowshera.

The seat of NA-75 Tehsil Daska, District Sialkot was vacated after the death of PML-N’s MNA Syed Iftikhar-ud-Din in August 2020. Provincial Assembly seat PP-51 Wazirabad was vacated due to death of PML-N MPA Chaudhry Shaukat Manzoor Cheema in June 2020 due to coronavirus.

PML-N has fielded women candidates for both the seats in the by-elections. Noshin Iftikhar, daughter of late Syed Iftikhar-ud-Din, has been given party ticket in NA-75 constituency. Ali Asjad is PTI coalition’s candidate for the seat. PML-N leader Noshin Iftikhar has alleged police officers of rigging in the polls.