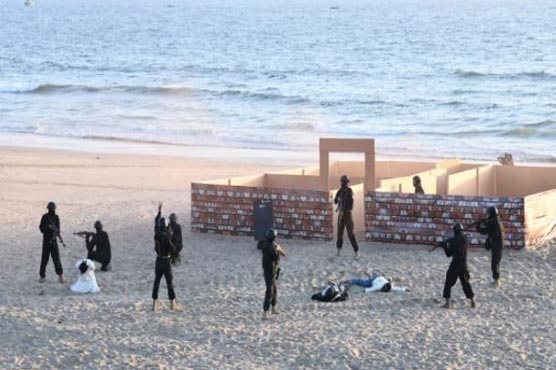 RAWALPINDI (Dunya News) - On the third day of the 7th Multinational AMAN Exercise 2021 under the leadership of Pakistan Navy, anti-terrorism exercises were held in Karachi. Apart from the Armed Forces, military bands from the Sri Lankan Navy also captivated the participants.

According to details, 45 countries participated with their naval assets and delegates on the third day of the 7th Multinational AMAN 21 Naval Exercise held on the shores of Manohra.

Special Forces personnel reached the ambush site of the terrorists and gave a practical demonstration to destroy them and rescue the hostages safely.

Soldiers of the Pakistan Army and paragliding teams from other countries gave a fascinating demonstration of Para-shooting. Pakistan Army, Air Force, Coast Guard, Navy and Rangers bands entertained the audience with various melodies.