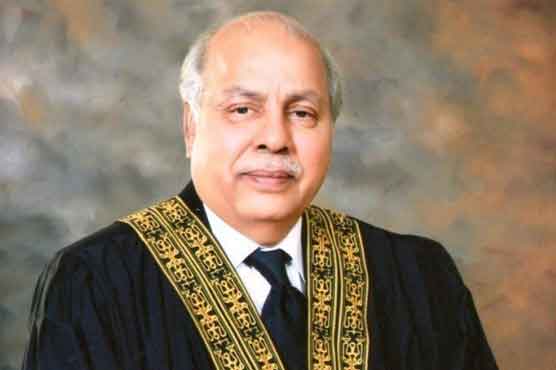 ISLAMABAD (Dunya News) - The final verdict given by Chief Justice Gulzar Ahmed in the funds allocation case against Prime Minister Imran Khan says that it was not right for Justice Qazi Faez Isa to hear the case, and impartiality warrants that Justice Isa may not hear cases related to the PM.

According to details, the five page verdict penned by Chief Justice of Pakistan Justice Gulzar Ahmed said that Justice Faez Isa referred to WhatsApp messages and documents provided by an unknown source, copies of which were also provided to the Attorney General.

Justice Qazi Faez Isa said he could not say for sure whether the documents received were genuine or not, and the Attorney General also raised questions over their authenticity. The Attorney General requested that the unverified documents not be made part of the official record.

According to the verdict, Attorney General said that if a judge is a complainant, it is not appropriate for him to hear the case against the same party.

Chief Justice Gulzar Ahmed said that in this situation, it was not appropriate for Justice Qazi Faez Isa to hear the case as he has personally filed a petition against Prime Minister Imran Khan. Considering the principle of un-biased and impartial justice, Justice Isa should not hear cases against the Prime Minister.