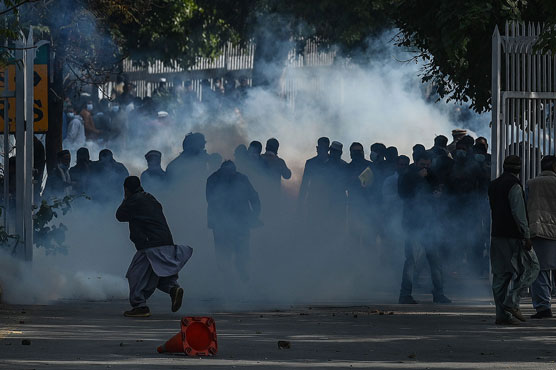 ISLAMABAD (Dunya News) – Prime Minister Imran Khan on Thursday approved increase in salaries of government employees after a protest in the federal capital.

According to details, government negotiating team including Interior Minister Sheikh Rashid, Defense Minister Pervez Khattak and Minister of State for Parliamentary Affairs Ali Muhammad Khan called on the prime minister and apprised him about the progress made in talks with the protestors.

Earlier, negotiations between federal government committee and protesting government employees took place on Wednesday night and the government assured increase in salaries of Grade 1 to 22 employees in the next budget.

Talks between government committee and an eight-member delegation of government employees were held at the Federal Minister for Defense Pervez Khattak’s residence in Islamabad.

He further said that the government has also assured that a notification in this regard would be issued.