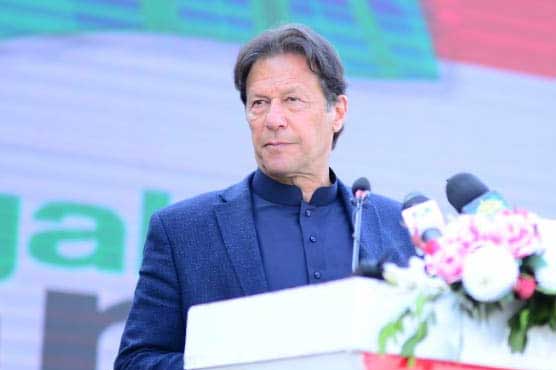 ISLAMABAD (Dunya News) - Prime Minister Imran Khan said that he is proud that our party Pakistan Tehreek-e-Insaf (PTI) was not sponsored by any mafia. If the mafia had invested money, we would have bowed before them.

According to details, a meeting of government leaders was held under the chairmanship of Prime Minister Imran Khan in which Special Assistant on Accountability Shahzad Akbar gave a briefing on the broadsheet case.

The Prime Minister directed the participants of the meeting to put the issue of Broadsheet before the public in detail and the facts contained in it. The broadsheet company was investigating the assets of 20 years ago, the last ten years are yet to be accounted.

He reiterated his commitment that those who looted the country’s wealth could not escape accountability.

PM Imran Khan welcomed Election Commission’s decision to raise foreign funding case and said that the PTI is the only party created with public funding.

Sources said that the Prime Minister has set up a four-member committee on the broadsheet issue. The committee includes Fawad Chaudhry, Shireen Mazari, Babar Awan and Shahzad Akbar.

Interior Minister Sheikh Rashid also briefed the meeting on the PDM meeting and said that the opposition has been allowed to protest within the ambit of the constitution and law.