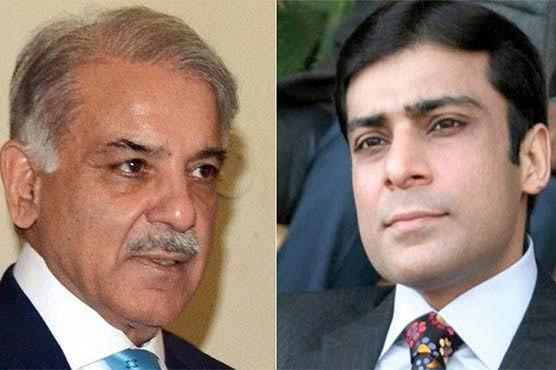 The court recorded statement of Muhammad Maqsood, a witness from the chief minister's office.

LAHORE (Dunya News) – Shehbaz Sharif and Hamza Shahbaz, Leaders of the Opposition in the National Assembly and the Punjab Assembly respectively, appeared before an accountability court in Lahore in the money laundering case against Shehbaz’s family.

The court recorded statement of Muhammad Maqsood, a witness from the chief minister’s office. A large number of Pakistan Muslim League-Nawaz (PML-N) workers and heavy contingents of police were present outside the court.